SM East grad Jamie McDonald to coach boys tennis at Pembroke Hill. Jamie McDonald, a 2014 SM East graduate, has been hired as the new head boys tennis coach at Pembroke Hill. McDonald played tennis on the men’s team at Denison University, where he earned degrees in psychology and political science, for four years from 2014 to 2018. He was a tennis professional at Clayview Country Club-Marchetti Tennis Academy in Kansas City. “There’s a lot of returning talent and in our first meeting, they seemed really excited and showed a lot of energy,” McDonald said. “I am looking forward to a successful season.” The Pembroke Hill boys tennis program has won 19 Missouri state boys titles, the most ever in the state, according to the school.

As Mission’s auto repair specialists, our family-owned and operated business offers fast, affordable, quality service. You’ll find that we remember your name – and your car. You’re not a number to us. We listen to every concern, answer every question, and make sure every one of our neighbors is taken care of. We aim to teach, rather than sell, so you understand why we recommend a service, how it will keep you safely on the road, and why it will help you get more miles for your dollars. Casey’s Auto Repair strives on great customer service and a comfortable/clean atmosphere. If your auto needs to be fixed now to keep it running safely they can do it. They will also advise you what services can be scheduled at a later time if needed due to time and cost. Casey’s Auto Repair is like having a ...

Gather at the Table

Mission Police continue to investigate after two men allegedly walked into a baby shower at the Sylvester Powell Jr. Community Center with guns in

Since our founding in 2010, the Shawnee Mission Post has become the area’s most turned-to source for community news. As we embark on our

Your Community: Library and literary passion

When Cassandra Gillig was growing up in a suburb of Chicago, she had a lot of late fines from her local Library. But that

The Kansas Department of Labor has issued a ruling on a prohibited practice complaint brought by the Shawnee Mission teachers union, determining that the

Bringing friends and family together over a shared meal means everything to Anourom Thomson, a lifelong Kansas City-area chef. A 1993 graduate of SM

Editor’s note: This story was updated at 3:27 p.m. to reflect new information. Lenexa Police say two vehicles were stolen from the QuikTrip near

Amanda Adkins, the former Kansas Republican Party chair and executive at Cerner Corporation, has thus far outpaced her GOP rivals in fundraising for the

Unified School District No. 232 has named Gail Holder as the next principal of Mill Valley High. Her appointment is not official until the 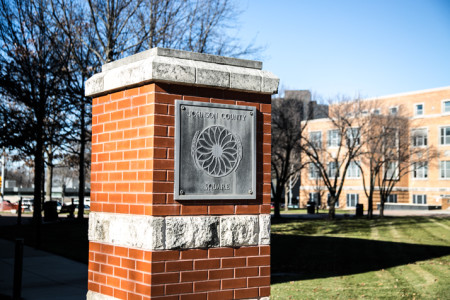 After 60 years of incorporation as a city, Mayor Carl Gerlach said Thursday that he credits Overland Park’s success to a history of intentional

Almost all vaping flavors would be banned under Kansas proposal

By Celia Llopis-Jepsen TOPEKA, Kansas — A proposal to ban all fruity and sweet vaping flavors in Kansas has upset both pro-vaping and anti-tobacco

Shawnee is seeking bids from companies who can relocate a century-old house from Leawood to Shawnee Town 1929, the city’s outdoor museum. The city

When Ishya Bhavsar was young, she would watch spelling bee competitions in her parents’ room. In the fourth grade, she decided she wanted to