By Stephan Bisaha This is a tale of two types of Kansas cities: Those who had the foresight to own their own streetlights and those who do not. Those who

This is a tale of two types of Kansas cities: Those who had the foresight to own their own streetlights and those who do not.

Those who do have saved hundreds of thousands of dollars — even, they say, with the added maintenance. And they’ve been able to save more money by switching to LED bulbs. The energy-efficient lights cost more upfront, but pay for themselves over time, eventually leaving more money in city coffers.

The other cities’ streetlights are owned by Evergy, which charges the same flat monthly rates for LED bulbs as older less-efficient lights. In these situations, the cities say there is virtually no savings, neither in the short-or long-term.

Prairie Village thought it could do better.

Its city council approved purchasing the lights at a cost of more than $2 million. It took on a seven-year bond to cover that cost, plus another $750,000 to upgrade all the lights to LEDs.

Prairie Village Public Works Director Keith Bredehoeft said maintaining those lights has been more work than expected. But the city has no regrets.

“Once we made that change, our bills were less,” Bredehoeft said. “Period.”

Prairie Village likely would have saved money if it had bought the street lights without upgrading them. Nearby Mission Hills cut its streetlight expenses in half by doing that.

Overland Park, not far from Prairie Village, has been slowly swapping in LEDs after buying its streetlights in about 2013.

“It might be a little more initially for the LED fixture but it will save money over the long term,” said Brian Shield, Overland Park’s traffic engineer.

Last October, Evergy finished converting all the streetlights it owns in Kansas to LED lights. But that hasn’t led to savings for any of the cities.

The utility charges cities the same amount for LED lights as the older models, a monthly bill that bundles maintenance, the pole, a flat energy fee and the light itself.

Evergy said they kept the price the same —$10.50 a month per 100-watt equivalent light — because of the high upfront cost of LEDs. Plus, the utility eats the remaining value of the old lights being replaced.

The company discounts a city’s bill by about 3% because of the energy savings, though that’s significantly less than the savings claimed by cities that own their lights and switched.

Wichita’s traffic engineer, Mike Armor, says the city never put much consideration into buying its lights, because it would suddenly be responsible for maintaining those lights, or at least finding and paying a contractor to do that. The city already has trouble staffing its maintenance crews.

Lawrence made the same decision: Rather than the city government taking on another job, it let Evergy maintain the lights.

“Lawrence is fairly resolved to put its value for environmental stewardship and sustainability even before its self interest in some cases,” he said. “And I think this is one of those cases.”

But George Woodbury, president of Lightsmart Energy Consulting in North Carolina, said there’s something fundamentally wrong with power companies charging more for LED lights, even with the higher upfront cost factored in.

“This is the kind of stuff that I look at that frustrates me,” Woodbury said. “The only way you’re going to get this right is you have to appear before the public service commission when they do their next rate case and say ‘Hey, this is all wrong.’”

For cities considering buying their lights from Evergy, it may be too late. The company said it’s not interested in selling.

That’s because Evergy knows the lights can be used for more than brightening a dark avenue. Streetlights are spread systematically across cities and already plugged into the power grid. That makes them useful for mounting sensors, cameras, Wi-Fi hotspots and other future tech.

And selling those lights would equal selling part of Evergy’s future.

Stephan Bisaha reports on education and young adult life for the Kansas News Service. You can follow him on Twitter @steve_bisaha or email him at bisaha (at) kmuw (dot) org. 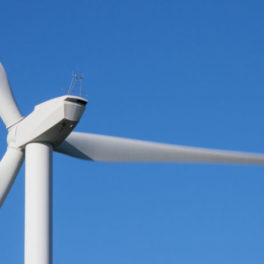