Terry English, the girls’ basketball coach at Bishop Miege High School, has announced his retirement after 45 years of coaching at the private Catholic school in Roeland Park. English began 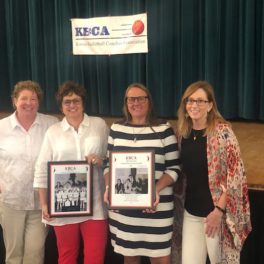