At a rangy 6’9″ tall and with a shot that makes him a threat from beyond the three-point line, Prairie Village native Zane Meeks is the kind of basketball player

At a rangy 6’9″ tall and with a shot that makes him a threat from beyond the three-point line, Prairie Village native Zane Meeks is the kind of basketball player that big college programs love to court.

But because a stress fracture in his right foot forced him to sit out games during the traditional recruitment period last summer, Meeks found himself heading into his senior year at SM East without an offer from a marquee team.

That may change soon given an opportunity that came his way in October.

Meeks had been on a visit to Dartmouth in September when he stopped by Brewster Academy, one of the top basketball prep schools in the country, to meet with the coaching staff. Brewster had expressed interest in Meeks before — but he wasn’t expecting to get an offer to join the team for his senior year.

He quickly made the decision to transfer to Brewster to play his senior season, hoping that the opportunity to play for the elite high school program would give him exposure to scouts that he’d missed during when he was on the bench during the recruiting period last year. And what a ride it turned out to be.

Meeks joined a squad that has some of the top young talent in the country, including Jalen Lecque, who will play at NC State, and Joel Brown, who is headed to Cal. The team went 34-7 on the year, and blew through the competition at the 2019 National Prep Championship in Connecticut earlier this month. It was the sixth national title in school history.

Despite the fact that he joined the team relatively late in the year, Meeks said the group had strong chemistry. With a strong emphasis on basketball and academics, the team members shared a strong bond.

“Living together helps a lot,” Meeks said of the situation. “You are with each other all the time, so chemistry isn’t a problem. Everyone who is here in this program is here to win. We’ve all got the same goal.”

Meeks, who attended Briarwood Elementary and Indian Hill Middle School before spending his first three high school years at SM East, will now be playing AAU ball, and hopes that, with the college basketball season drawing to a close, he’ll have a chance to connect with some of the D1 programs that have given him a look. He said he’s been in contact with Nebraska, Wisconsin, Michigan and Vanderbilt, though he hasn’t received an offer yet.

Playing in college would continue a family tradition for Meeks, whose mother played basketball at the University of Missouri – St. Louis and whose father played at Cornell.

He said getting to play for Brewster, which has produced a number of players familiar to KU fans — Devonte Graham, Thomas Robinson and Nadir Tharpe among them — was a special opportunity.

“With the amount of talent we had on that team, we were kind of expected to win the title,” he said. “But it was still just an awesome feeling.” 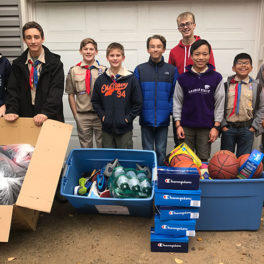 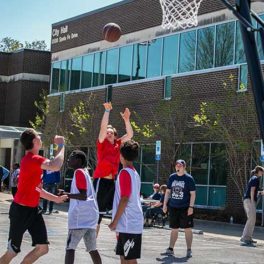