Details for exactly what that strategic plan will look like remain to be seen, but Fulton plans to make the plan a collaborative effort between the Shawnee Mission School District Board of Education, school administration, parents, students and members of the community.

That means involvement from the community will be vital to prepare students for their futures and to reach their full potential, he said.

Fulton, whose first day as superintendent was July 2, shared his message about a strategic plan in a State of the School District address at the Northeast Johnson County Chamber of Commerce luncheon Thursday at the SMSD Center for Academic Achievement. Lunch was served by Shawnee Mission culinary students who prepared a variety of dishes in the Broadmoor Bistro, the cafe in the center.

The state-of-the-art facilities on 71st Street are just one of the assets that the Shawnee Mission has to help students explore career paths early in their education, Fulton said.

“Schools exist for one reason: It has to help the children of our community be successful as adults,” Fulton said, adding that the school district’s strategic plan will build upon the work that has already been accomplished.

“It’s important that we no longer run the narrative that some kids learn and some kids don’t,” Fulton said. “The narrative must be that every child is capable of high performance. It’s our job as adults to figure out how we work with them to get them ready for their future.”

What that future will look like remains to be seen, he said, reminding chamber members that the first graders who started school this week are the Class of 2030 (a fact that elicited groans from the audience).

“It will be dramatically different in ways we can’t yet predict because the future hasn’t been done,” he said. “But we do know this: If we don’t actively prepare kids, then we’re selling them short on their future.”

Fulton said the challenge of a strategic plan is trying to answer the question: “What does learning even look like in order to make sure that every child is ready for their future?” Answering that question is going to be a collective effort of many voices in the community, including parents, families, school leaders and business owners.

School leaders and community members must also empower students to use social media and the tools in front of them, and to help them identify correct use of those tools, Fulton added.

“There are times to put down the devices and have a personal conversation,” he said.

Fulton said that at the state level, the goal of school leaders is to figure out how to make the school district’s strategic plan integrate with Kansas Can’s learning initiatives. At the same time, he wants to encourage the Shawnee Mission community to continue building a culture of volunteerism, involvement and mentorship. 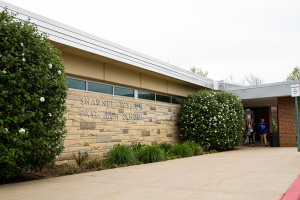 The Shawnee Mission School District’s 34th elementary school opened for the first time ever last Friday. Just blocks away from the bustling construction at

With addition of stipend for 800 teachers, district, union reach agreement in principle on 2018-19 contract

Just hours before the 2018-19 school year officially got under way, negotiating teams from the Shawnee Mission School District and the district’s teachers union

In Up to Date interview, new Shawnee Mission superintendent stresses personalized learning for all students

New Shawnee Mission Superintendent Mike Fulton was a guest on KCUR’s Up to Date Wednesday, and spoke with host Michelle Tyrene Johnson about his

Among the first major moves made by new Shawnee Mission Superintendent Mike Fulton is the reconfiguration of the district’s organizational chart, which he revealed

With negotiations on a contract for the upcoming school year stalled, two Shawnee Mission School District educators on Monday urged the board of education 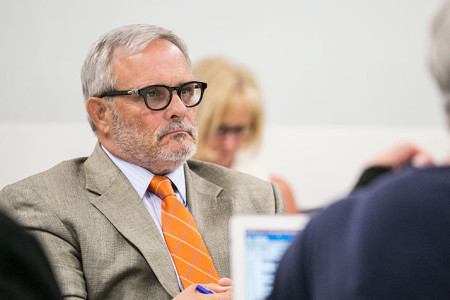 For little people, starting school is a big change. So it’s helpful for students getting ready to enter kindergarten to have the chance to