Following a hearing with a federal judge on Thursday, Shawnee Mission officials say they have finalized a settlement agreement with three students who brought a lawsuit against the district in conjunction with the American Civil Liberties Union over claims that their 1st Amendment rights were violated during National Walkout Day demonstrations to protest school shootings last year.

The terms of the agreement, which the parties tentatively agreed to in March, call for Shawnee Mission to commit to having administrators trained on students’ 1st Amendment rights; to adopt new policy language clarifying students’ rights to express their views in non-school sponsored events and to protect student journalists; and to pay $1 to each plaintiff in nominal damages.

What’s more, the district must apologize to the plaintiffs — though the format of that apology has not been finalized.

“The settlement is a victory for students across the Shawnee Mission School District,” said Lauren Bonds, legal director and interim executive director of the ACLU of Kansas. “We’re pleased that the school district will install new policies and procedures to ensure students in the future will not have their free speech rights violated at school.”

District officials welcomed the end of the proceedings as well.

“We are pleased that we have finally been able to sit down and come to agreement with the American Civil Liberties Union (ACLU) so that we can continue to move forward,” Shawnee Mission Superintendent Mike Fulton said in a statement following Thursday’s hearing. “Our focus must be on preparing each student for life-success when they leave us, and the settlement will help us to continue our focus on teaching and learning.”

Grace Altenhofen, a SM North senior and the editor of the school’s student newspaper, was one of the plaintiffs in the case, and had been a vocal critic of one SM North administrator’s move to confiscate the camera of a student journalist trying to take a photo of an unauthorized protest on school grounds. Altenhofen, who attended the settlement hearing Thursday, said she was pleased with the outcome, and that she believed the 1st Amendment training district administrators will undergo and the new policies on student rights will “accomplish good things for students in the future.”

“This is going to bring about changes that will protect students’ free speech,” she said. “One of the things that the whole incident taught me is that students do have rights, and it is our responsibility to defend them.”

She also said the case could set an important precedent that the Kansas Student Publications Act is enforceable and provides legal protections for student journalists trying to cover controversial events at their schools.

Still, Altenhofen said, the year-long legal maneuvering wasn’t necessary. The terms of the settlement agreement closely resemble the requests the ACLU made of the district in a demand letter shortly after the protests. The ACLU filed the suit only after Interim Superintendent Kenny Southwick told the board of education that it wouldn’t be until after the end of last school year that he planned to complete an investigation into the students’ claims.

“I think this could have been avoided if the district would have just apologized and committed to training administrators after it happened,” she said. 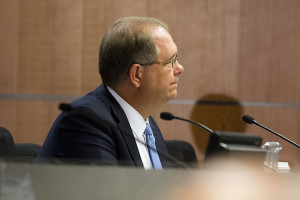 Two weeks after getting into a tense exchange with advocate Liz Meitl at the group’s last meeting, Shawnee Mission School Board President Brad Stratton

Gov. Laura Kelly’s signing of the K-12 finance bill that will inject an additional $90 million in annual funding to Kansas public schools starting 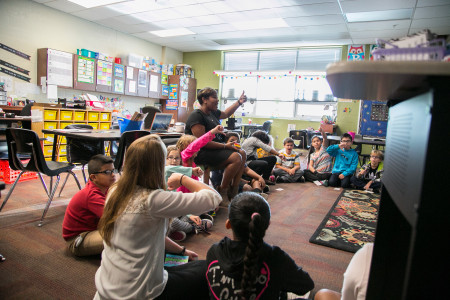 On Thursday night, the Senate voted to approve a K-12 bill previously given the green light by the House, sending the bill to Gov.

Kenny Southwick, who has served as a top administrator in the Shawnee Mission School District since 2014, will be returning to work on the

Collier Cash Rule wants to be a rockstar. After all, he’s been playing guitar since he was 7 year old. In the meantime, he’s