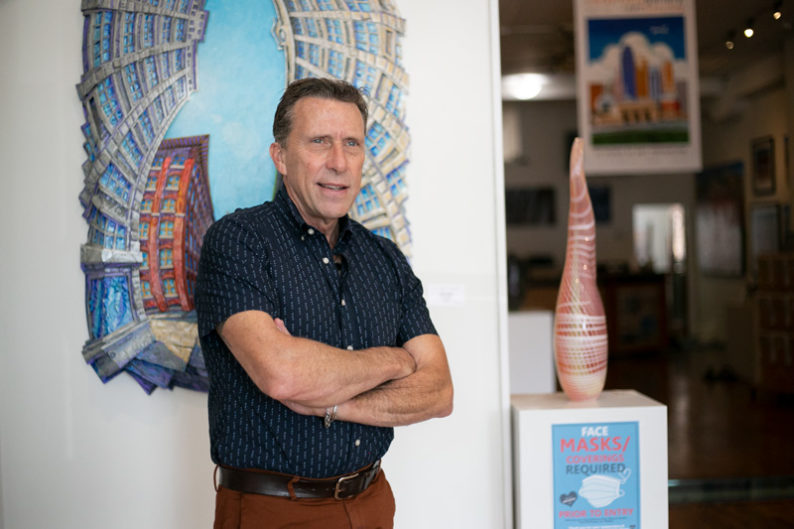 Where in the world is Paul Dorrell? When he’s not at his Brookside studio, Leopold Gallery + Art Consulting, which he founded in 1991, he could be anywhere in the

Where in the world is Paul Dorrell?

When he’s not at his Brookside studio, Leopold Gallery + Art Consulting, which he founded in 1991, he could be anywhere in the country, installing a piece of art or traveling to expand his horizons.

A 1975 SM South grad who grew up in old Leawood, Dorrell earned a degree in art history and creative writing from the University of Kansas, and then embarked on a fantastic journey.

After working on a fishing boat in Alaska, Dorrell bought a motorcycle and rode through all the lower 48 states, worked as a bartender in Key West, went to Europe for six months, and then came back and landed a job in Connecticut at a museum of French Impressionism.

He didn’t want to let his experiences be simply defined by the Midwest. He wanted to see the world, so he did. He may publish his own memoir or autobiography. The truth is, he’s never fully settled down, and he expects he never will.

Outside of work, enjoys rock climbing — think Devils Tower in Wyoming — and skydiving, biking around Kansas City and through the Rocky Mountains, and hiking, including through the Flint Hills or the desert in New Mexico.

He lives in Westwood with his wife of 34 years, Annie Dorrell. They have two sons, Josh who manages the gallery, and Dennis who works in video productions in Denver. 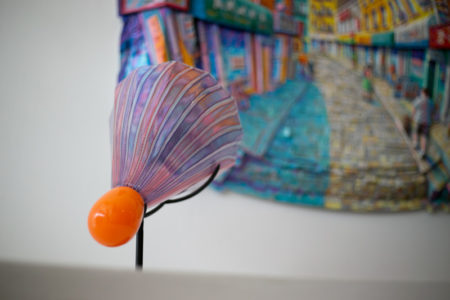 There’s always something going on. It’s a blast. That’s one thing I love about this profession, is once you succeed at it, if you’re lucky, there’s demand for your work all over the country, and that’s where we’re at.

Where I got my art training at length was at Hill-stead Museum of French Impressionism. It’s big time; I was very lucky to get the job.

I was there three years, but I was missing the Midwest, I was missing KC. And I came home with the intent of ultimately opening a gallery that represented regional artists, ‘cause at the time, Kansas City was not the sophisticated art mecca that it is now, and I felt like it needed help. I thought that was an injustice.

So I just decided to move home and eventually open a gallery, which my wife and I finally did in ‘91. And the goal was always to promote Kansas and Missouri artists on the national level. And that’s what we’ve done. 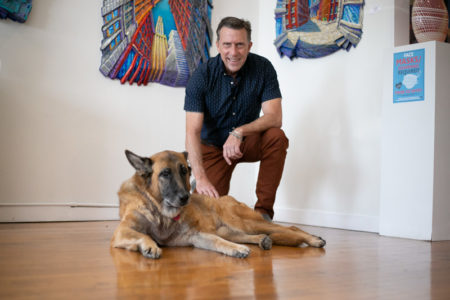 We started out downtown at the Hotel Savoy, but we moved to Brookside after three years, and we’ve been in Brookside since ‘97, so this has been a great location.

When you start out in this profession, you’re hoping eventually that your talent and that of your artists comes into great demand and the phone rings all the time.

For the first 10 years, the phone rang very little. Not uncommon. Most galleries don’t survive five years, and that’s why: because where people need clothing and automobiles and food every day, art doesn’t fall into the same category of need. There’s nothing new about that. That’s why so many artists struggle to get off the ground, and that includes musicians and actors.

But everybody feeds on art — we all know that. Great film, great music, great paintings, great sculpture. So the dream was the phone to ring incessantly — yeah, that didn’t happen for a long time, but somehow, when we turned about eight or nine, things really began to happen.

I got a commission to do all of the sculpture for the National D-Day Memorial near Washington, D.C. then a commission to do a monument of Eisenhower for the Capitol Building Rotunda in D.C. A monument of Mark Twain for the Twain Museum in Connecticut. And then I was hired by convention centers, and then I was hired by architects to do NFL stadiums, Major League stadiums.

Then I was hired by University of Kansas Hospital to do art for them. We’ve done a great deal of art for them for 20 years. And once all that began to happen and began to snowball finally, we never looked back. We haven’t bounced a check in 20 years.

Yeah, we bounced our share in the late ‘90s, no doubt about it. And I don’t mind admitting that. I think more small businesses need to know that it’s common, and when you can’t get the capital you need to grow, you have to grow out of your wits and your willingness to work very long hours.

You grow by your wits and hard work, and I don’t mind saying a little bit of good luck. We’ve had a lot of good luck along the way.

We’ve landed major projects that more established art consultants were bidding on, and yet we were hired. And I wasn’t expecting that, because I’ve often, for a big project like the D-Day Memorial, we were going up against consultants from New York and L.A., and we won the bid, and we weren’t the cheapest bid either, but they believed in our mission and our talent. That’s happened time and again.

Time and again, the phone has simply rung, and people have handed me a huge commission, and I didn’t even have to earn it. And that happens frequently these days. That’s really gratifying.

But please bear in mind, I couldn’t have done any of these things without the talent of my artists and the generosity of my clients. 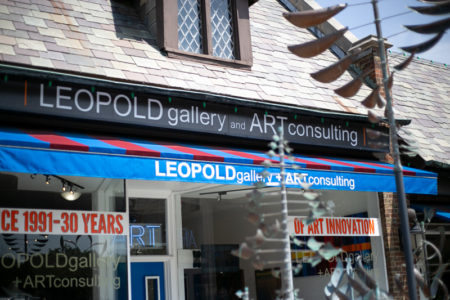 When I opened in ‘91, after moving back home from Connecticut, I simply set about finding the best talent I could across both states, recognized or unrecognized, well known or unknown, and once you get in the art community, it doesn’t take long to start meeting those people. So I did.

And that was in the days before email and internet. I began seeking out artists, and word went out what my plans were, to work not just regionally but to work on a national level. And believe me, a lot of them were excited ‘cause a lot of them felt they’d been passed over for years if not decades.

And I was one of the first to come along and say we can change this, the wealth is out there, the interest is out there and, inevitably, I feel the passion will be out there. And all of those things came through.

It was my job to help them perform their best, to not settle for second-rate work, give them feedback so that they were painting or sculpting at their absolute best, set a high standard, and then bring in clients who could afford the work.

And not all our clients are wealthy by any stretch. Some make payments on art. Some buy it in a single stretch. Some are upper class, some are middle class, a handful are working class. Everybody’s welcome to come in here and browse, and everybody does.

It’s a relaxing environment. This is not an uptight, white box gallery, and we never will be. People walk in here and they sense that we’re relaxed, nonjudgmental, and we’re the antithesis of snobbery. I can’t stand snobs; it’s a waste of intelligence, and all it does is freeze out people from the arts who otherwise would be participating.

It doesn’t take long for people to figure out that we’re the opposite of that. And people come in from all over the region, including surrounding cities — Lawrence, Topeka, Columbia, Warrensburg, St. Joe — to see what we’re about. And I don’t mind saying a fair number of them become clients, ultimately.

Some days, we’ll see 10 people. Some days, we’ll see 50. It often depends on the time of the year. And that’s decent traffic for a gallery. We don’t have the kind of traffic that a department store does. We don’t need to. Our internet presence is huge. And so we have a following that is nationwide. 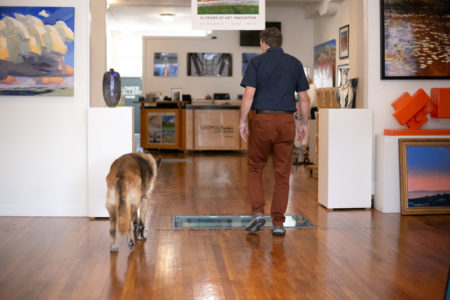 It’s incredibly gratifying. We’ve exceeded all of our goals in terms of art sold, major installations all over the country, and a fantastic client list that grows every week: wonderful, generous, kind clients. Without them, we wouldn’t be sitting in here having this conversation.

It’s inspiring to this day, and it will be until the day I retire. It keeps me young because I’ve always given some new design challenge, some new installation challenge, some place to go install art that maybe I haven’t visited before, some corner of Florida or some corner of California or Washington state. I never know what’s going to happen next. I’m hopping on a plane and going somewhere. It’s a blast. 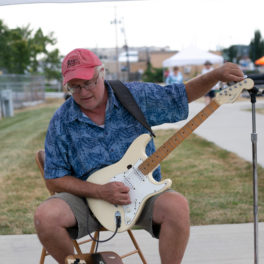 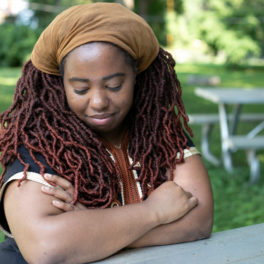 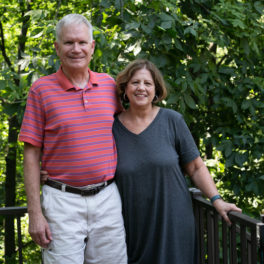 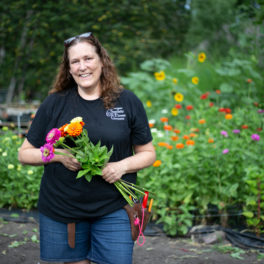 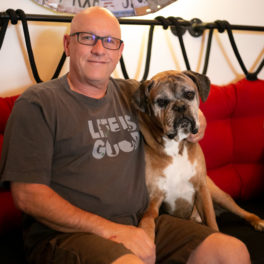 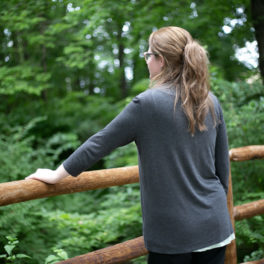 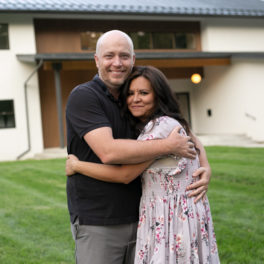 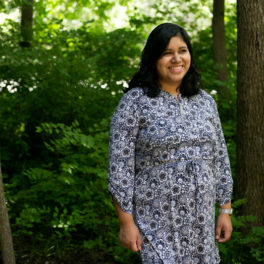 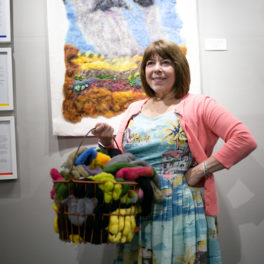 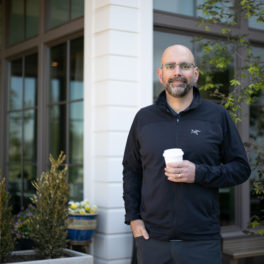 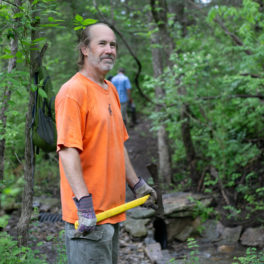 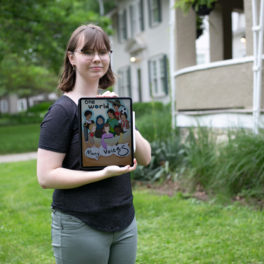 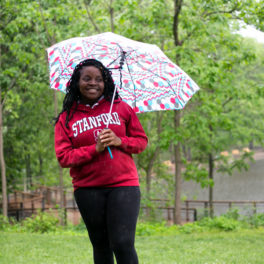 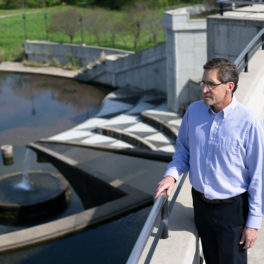 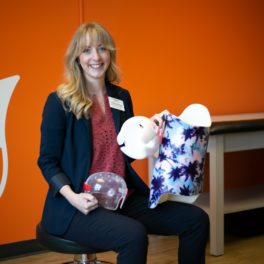