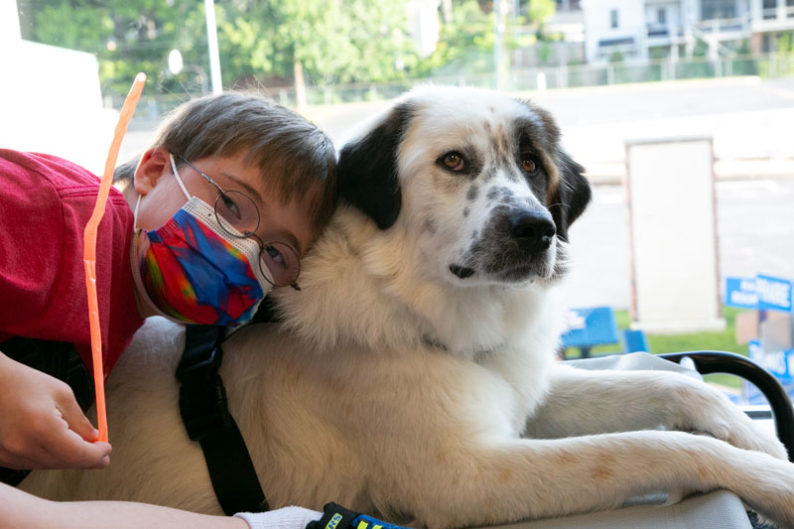 The Liberty, Mo.-based nonprofit normally trains service dogs to provide emotional support for veterans, but it also runs Operation Schoolhouse, a program that trains a couple of dogs each year specifically for schools.

Jones checked with the district about protocol and found out as long as no school money was used to purchase a facility dog, it was alright.

Daisy Mae will act as an emotional therapy dog for students.

She knows 14 different commands, such as “comfort,” in which she nestles next to a person, providing deep pressure on their legs to help with anxiety.

She also knows “make a friend,” which signals Daisy Mae to slowly greet someone who may be a little afraid or tentative.

In the coming months, Tadokoro said she hopes to include Daisy Mae in counseling lessons, library time and one-on-one meetings with social workers.

For now, Daisy Mae will continue to hang out in Tadokoro’s classroom and listen to children read or keep them company during class.

While Tadokoro works with students with Down Syndrome, anxiety, ADHD and those who are on the autism spectrum, she said Daisy Mae can help all students — and staff.

“She’s such a calm dog, I feel like she brings everybody’s stress level down — even mine,” Tadokoro said.

The additional funds raised to apply to get Daisy Mae allowed Jones and Tadokoro (Daisy Mae’s primary handler) to buy enough food for a year and all the additional supplies Daisy Mae needs.

Brock Exline, a vet at Kansas City Veterinary Care who is married to a first grade teacher at Prairie Elementary, offered pro-bono care for Daisy Mae for life.

When the need for more food, supplies or anything else comes up, Jones said it’s likely that Prairie will seek donations from the community.

Still, Jones said she thinks getting a therapy dog is possible in any district building, even if at first it may seem like something that would not get approved or funded.

“It just goes to show that, you know, no matter what there’s a way to get through things,” Jones said. “You just have to have a team effort.” 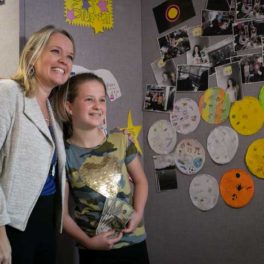