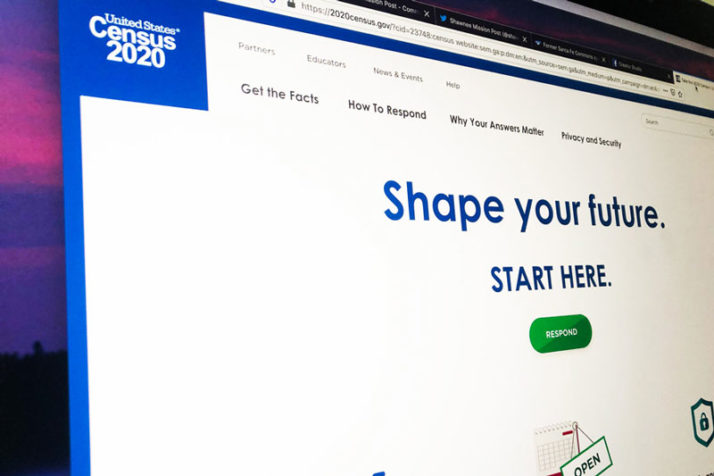 With 30 days left to be counted in the 2020 U.S. Census, Representatives of Johnson County and local municipalities are encouraging their residents to participate, particularly because an accurate census

With 30 days left to be counted in the 2020 U.S. Census, Representatives of Johnson County and local municipalities are encouraging their residents to participate, particularly because an accurate census would ensure accurate representation. Local communities would also receive state and federal funding proportionate to their populations.

Jody Hanson, director of public affairs and communications with the County Manager’s Office in Johnson County, said the county has been pushing residents to participate in the census through a nearly two-year-old initiative and the Johnson County Complete Count Committee, a collaborative with cities, school districts, chambers of commerce, nonprofits and faith-based organizations.

“Johnson County Government is grateful to the CCC (Complete Count Committee) members and all of our community partners who have been helping educate Johnson County residents about the 2020 Census, including our local U.S. Census Bureau office,” Hanson said. “We also appreciate every household who has participated and encourage those who have not to do so in the next 30 days.

Census takers are also calling households, and the Census Bureau has sent out its seventh mailing with a paper questionnaire to households with a physical mailing address.

People can still self-respond online at 2020census.gov, by phone at (844) 330-2020 (English), or by mailing back the paper form that was delivered to non-response households. Data collection for the census will end Sept. 30.

Here’s what some of the cities had to say:

“Disbursement of federal funds to communities nationwide is done as part of a formula that includes Census population data. Funding distribution includes money for schools, assistance for low income families and individuals, as well as funding to cities like Overland Park for various infrastructure projects like major highways.

“Regardless of the community someone lives in, completion of their Census information helps his/her city receive funding to maintain and provide quality amenities.”

Comments from Mayor Carl Gerlach of Overland Park are in the video below:

“We’ve been working with the Count Me In JoCo group for over one year to collaborate on messages, posts and other information to encourage all residents to fill out the 2020 Census. We are excited that this year’s self-response rate of 80.6% in Shawnee is higher than it was in 2010 at 76%.

“We understand that certain federal funds are allocated and based on an accurate count, so we want to make sure to do our part to spread the word and encourage people to fill out the Census so our community’s programs can benefit.”

“As our population continues to grow, the city of Lenexa strongly encourages our residents to take part in the Census. Census data not only helps us better understand the community we serve, but also serves as the basis for distribution of state and federal funding.

“For every Lenexa household that does not get counted, the City will miss out on over $48,000 in federal funding over the next decade.”

“It’s vitally important that every resident, not only of Prairie Village or Johnson County, but every resident of Kansas be counted in the 2020 Census.

“The federal government uses census data to ensure the right amount of federal money makes its way to local communities for these programs. For each household that doesn’t get counted in Prairie Village, our community loses $46,845 in federal funding over a 10-year period, according to information provided to us by the League of Kansas Municipalities.

“The census ends September 30 and won’t happen again for ten years, so I urge all residents to make sure they are counted.”

Where Kansas stands on the census

Kansas stands at a 91.5 percent total response rate statewide, which includes a 68.6% self-response rate and 22.9% response rate from follow-up from census takers on nonresponse households, according to the U.S. Census Bureau.

Kansas’s response rate is one of the highest in the country so far, trailing just behind Idaho’s total response rate of 96.7%, West Virginia’s at 93.6% and Washington’s at 92.1%

“A complete and accurate count is vital to the State of Kansas,” said Paige Wilson, a media representative for Kansas with the U.S. Census Bureau. “If households are not counted, Kansas could miss out on its share of hundreds of billions of dollars in federal funding and it could also affect our apportionment in Congress.”

The U.S. Census Bureau reported that more than 1,500 census takers are wearing masks and social distancing when they visit households that have yet to self-response to the census. 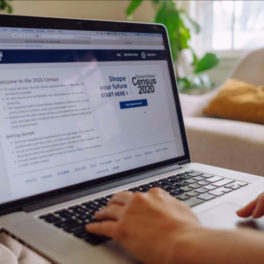