The owner of an Overland Park business has helped contribute to a new Guinness World Record for the largest ball of lint.

The Dryer Vent Wizard corporate team pieced together a 690-pound ball of lint in Farmington Hills, Mich., to raise awareness for dryer fires. Harold Bert, who owns the Dryer Vent Wizard Kansas City West franchise in Overland Park, was among the business owners to collect lint for the effort.

Bert said he and his team began collecting lint in April, and sent in six boxes full of lint to contribute to the ball. The six-month effort led to breaking a world record because a large percentage of the franchisees sent lint in, he said.

The 690-pound ball reached 4-feet, 4-inches in height and 19-feet, 6-inches in circumference, according to the company. A local fire department set the lint ball on fire, and put out the fire to further represent the danger of dryer vents going un-serviced.

“The key factor that a lot of people don’t know is, if your dryer is slow, that means you need your dryer vent serviced,” Bert said. 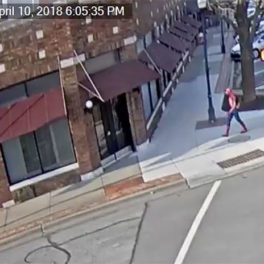