Mayors and other elected leaders from northeast Johnson County cities came together Thursday to highlight their cities’ successes in 2019 and give a preview of what to expect for 2020.

Mayors and other elected leaders from northeast Johnson County cities came together Thursday to highlight their cities’ successes in 2019 and give a preview of what to expect for 2020.

Before a crowd at the Overland Park Marriott gathered for the NEJC Chamber’s annual State of the Cities luncheon, several of the speakers spoke of the benefits of collaboration and partnership between all of the cities.

Here’s a look at the items each mayor highlighted:

Roeland Park
Mayor Mike Kelly said the major project on Roeland Park’s mind this year is Roe 2020, the rehabilitation of Roe Boulevard from 48th Street to Johnson Drive. Other noteworthy projects to come include work toward redesigning the Roeland Park Aquatic Center and welcoming Sunflower Medical Group to the city.

Merriam
The talk of the town is the new Merriam Community Center, 6040 Slater Street, which Council President Christine Evans Hands said is on budget and on schedule for completion in summer 2020. Merriam is also bringing back its block party and exterior home improvement programs, and the city magazine won a national award in 2019, Evans Hands noted.

Mission
For Mayor Ron Appletoft, the long anticipated construction at Mission Gateway topped the list of highlights in the city from 2019. The $225 million project is underway, and the entertainment venue, Cinergy, will be completed in 2020. Additionally, the $40 million luxury apartment project on Johnson Drive, now called The Locale (it was originally called Mission Trails) is expected to open this spring, he said.

Mission Hills
Staying on top of aging infrastructure is a main focus for the city, with an update to Tomahawk Road to take place in 2022, Mayor David Dickey said. Dickey also asked city officials to encourage state representatives to allow cities to exercise home rule authority, as the needs of northeast Johnson County cities differ from the needs of cities like Chanute and Colby, he said.

Mission Woods
Newly elected Mayor Darrell Franklin highlighted the success of the 1900 Building, which is a multi-use development that hosted 189 events in 2019. As for future projects, Franklin said the city would like to construct new sidewalks to allow for a safer community and to provide more connectivity.

Overland Park
Council President Curt Skoog said the passage of a non-discrimination ordinance was a major milestone for the city last year. In 2020, Overland Park will complete a mill and overlay on Metcalf Avenue from 75th Street to 91st street, he said.

Prairie Village
The opening of Meadowbrook Park in 2019 stood out for Mayor Eric Mikkelson, as the city anticipates 500,000 or more annual visitors to the JCPRD park. The city installed its first electric vehicle charging stations and initiated a glass and food composting pilot program in 2019. Sustainability will remain a priority in 2020 as the city explores how to reduce plastic use, Mikkelson said.

Westwood
Street and infrastructure were a priority in Westwood throughout 2019, with over $3 million in total improvements made, new Mayor David Waters said. Streets will remain a priority in 2020, as the city plans to improve the 47th Street corridor to encourage walkability and bike-ability, he said.

Westwood Hills
Mayor Paula Schwach highlighted the progress made on the city’s stormwater system, which the city received the Environmental Protection Agency’s Pisces Award for due to the innovative approach to tackle the issues. Other milestones in 2019 include the repairs made to curbs, sidewalks and streets throughout the city. 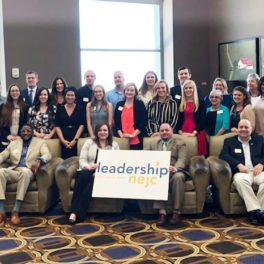 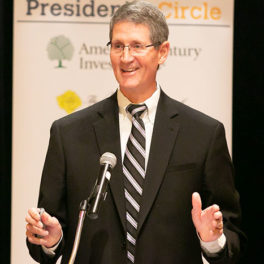 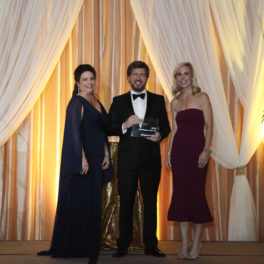