When the Mission Gateway development agreement received the approval of the city council in early 2013, part of the financial package included two Community Improvement Districts. Those CIDs anticipated collecting additional sales taxes from the new retailers that would be populating the new development.

The plan laid out an extra half-cent for the new Walmart store and a one-cent additional sales tax for all of the other retailers in the district. The extra sales tax could be collected for 22 years and was to be dedicated to paying off bonds that would in part support the construction of the development.

That is not likely to be the last CID extension because the latest Gateway plan has not yet begun to wind its way through the planning reviews, let alone get construction off the ground. A proposal for any kind of public financing incentive also has not been presented to the council on the latest iteration of the Gateway plan, which was filed last month. It is expected to be on the planning commission agenda later this month.

City councilors were careful to point out in earlier discussions that the CIDs are tied to the property and not the developer or a development proposal. Because tax collections for the CIDs are limited to 22 years, the city does not want to “start the clock” when no retail business is within the district boundaries to generate sales tax that would come back to the city. Once a district is activated, the time it runs cannot be reset.

Developer Tom Valenti has said he will be asking for public financing assistance on the latest version of the project. Any public assistance will require new approval from the city council. 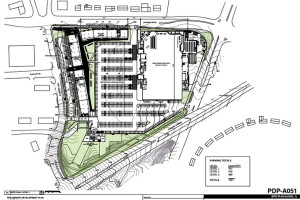 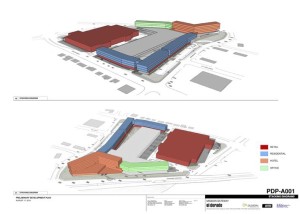 This June, Tom Valenti said he would bring a new plan for the development of the long-delayed Mission Gateway project back to the city 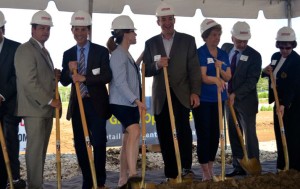 Gateway groundbreaking marks two-year anniversary with no movement in sight 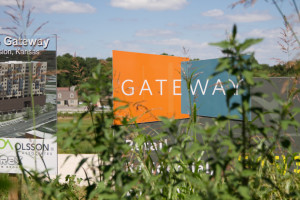