Grace Sharkey was first introduced to the sport of competitive cup stacking in gym class as a first grader at Belinder Elementary. It didn’t interest her too much. “I kind

Grace Sharkey was first introduced to the sport of competitive cup stacking in gym class as a first grader at Belinder Elementary. It didn’t interest her too much.

“I kind of put the cups away in first grade,” she said. “But then I found them in fourth grade and played around with them and started doing it more.”

And more. And more.

Over the course of the year that followed — practicing for an hour or more each day — Sharkey’s talent in the sport, which challenges competitors to arrange and then break down a series of cups in predetermined sequences as quickly as possible, emerged.

“We had no idea. It started as a hobby,” said Grace’s mother Danielle. “But then her PE teacher [LeAnn] Carver-Jones said I want you to do this [Shawnee Mission] tournament. And she blew every record out of the water.”

With her domination at the school district’s event, a PE teacher at Trailwood Elementary recommended Grace look into competition at a regional tournament in St. Louis. Her grandmother Barbara took the initiative to sign her up and drive her. There, Grace took first place in the 3-3-3 event (which has competitors build three stacks of three cups and then tear them down) and third place overall in her age group. Her performance qualified her to compete in the AAU Junior Olympics. She’ll be headed out to Greensboro, N.C., with Danielle and Barbara for the competition next weekend.

If you want to get a sense of just how fast Grace is able to get through the motions, give the video below a look (it won’t take long!):

Grace, who will start sixth grade at Belinder next month, is active in a number of other sports as well, including soccer, volleyball, basketball and tennis. But, she says, she’s drawn to cup stacking because it presents a unique set of challenges that put fine motor skills and hand-eye coordination to the test.

Grace’s parents Danielle and Steve said she loves to practice — a lot.

“She would do it all day if you let her,” Danielle said.

“There are some days we have to say, okay, let’s do something else for a little while,” Steve said.

As for the Junior Olympics, Grace said she’s “more excited than nervous.”

“[My coach] said that if I do as well as I did in the prelims, I could place,” she said. 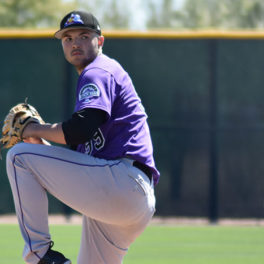 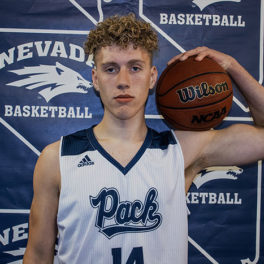 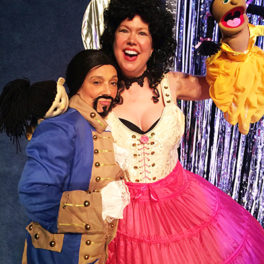