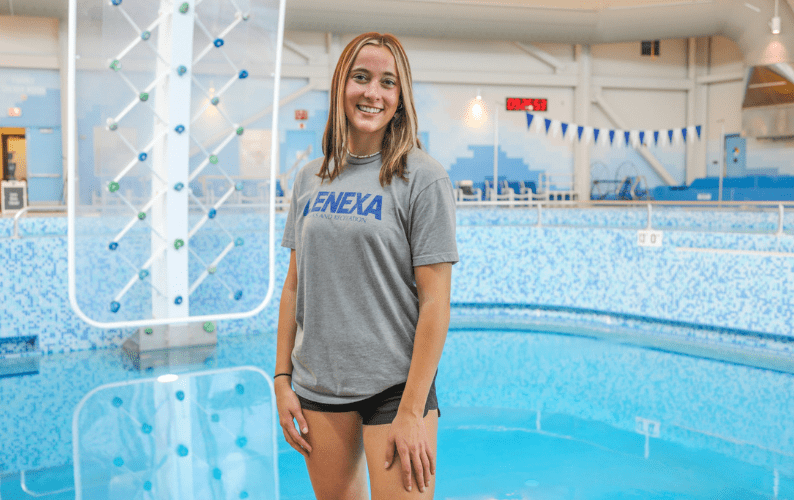 She has life-saving skills to rescue a drowning person from a pool. But the motivation behind her work and skillset are what make her more than a lifeguard. McKenzie White,

She has life-saving skills to rescue a drowning person from a pool. But the motivation behind her work and skillset are what make her more than a lifeguard.

McKenzie White, a part-time indoor pool manager at the Lenexa Rec Center, has been sharing her passion for the water and instructing people in the Lenexa community since 2019.

As a former competitive swimmer in high school, McKenzie has been comfortable in the water for many years.

“I was naturally intrigued by lifeguarding,” she said. “Since I started lifeguarding at an outdoor pool and the off season came, I was interested in the indoor pool that was just eight minutes away.”

McKenzie was a lifeguard in Lenexa before being promoted to head lifeguard in 2021. Since then, she has been a swim lessons instructor and was promoted to be one of seven indoor pool managers at the Rec Center, where she assists the recreation aquatics supervisor with overseeing the daily operations of the pool.

“I worked my way up to being a pool manager after I realized that I was passionate about my job and wanted to be good at it, so I worked hard to get here,” she said.

From completing daily paperwork, training employees, handling patron concerns, troubleshooting issues in the pump room and keeping the pool schedule afloat, McKenzie is part of a larger aquatics team that takes pride in their work.

“It’s always about being a team,” she said. “Whether you’re on a track team or football team, there’s always that connection that you have with your teammates. The number of compliments we have received about our aquatics team/staff and how clean and organized our facility is, is outrageous. I just love knowing we make our patrons feel excited about what our facility holds as well as what the City offers them.”

McKenzie’s passion for aquatics has led her career aspirations.

“I am currently working to get my associate’s degree in general studies and hopefully continue my career in aquatics as a supervisor or director.”

In her work, McKenzie has taught people at different stages of life.

“I taught a 50-year-old man how to swim; he had never tried before,” McKenzie said. “He was going on vacation with his family and had never been in the water with them before. He finally decided that he wanted to experience that, so he signed up for private swim lessons. It feels good that I’m helping that family come closer together.”

Whether a new swimmer is a toddler or an adult, McKenzie says what makes a student successful in the water is their confidence.

“I think the hardest part is letting them know they are capable of swimming and that they should be confident because they can do it,” she said.

McKenzie grew up in Shawnee where she has lived in one house her entire life. She’s a triplet, and the only girl out of her three siblings. Taking the same classes. Having the same friend group. It was easy to connect and live life with her twin brothers. Once high school ended, McKenzie started paving the way for her independent life.

“We’re not the same but it’s nice to know that you can always count on them,” she said.

“My motivation comes from my family,” McKenzie said. “I was just raised to complete a task efficiently always. Once I had a job, I worked hard in every aspect of it. I stay motivated because whatever I complete – whether it’s for myself or others – there is always a positive outcome from it.”

Outside of work, McKenzie enjoys cooking, baking, working out and spending quality time with friends and family. When she swam competitively, her favorite strokes were freestyle and breaststroke.

From lifeguards and swim/dive coaches to camp counselors, we have various positions to fill for the 2023 summer season. Learn more about summer jobs with Lenexa Parks & Recreation and work alongside McKenzie. 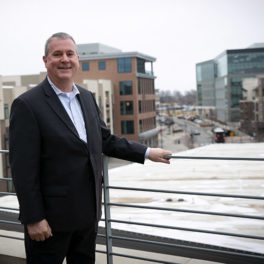 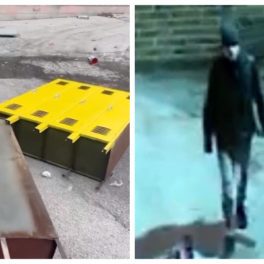 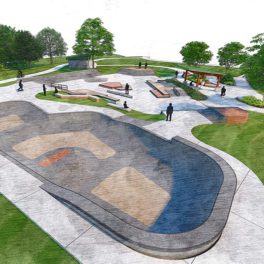 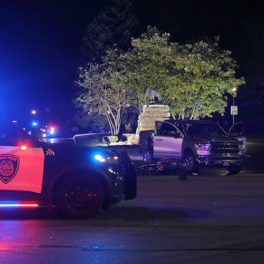 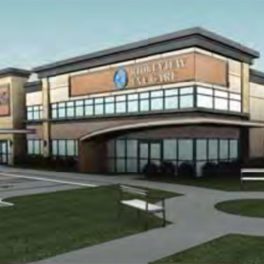 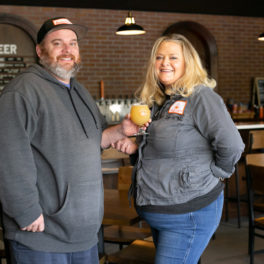 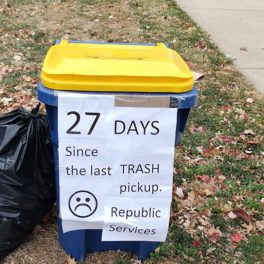 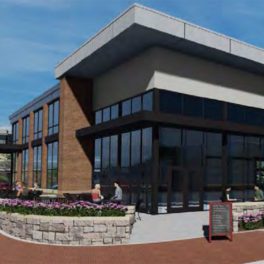 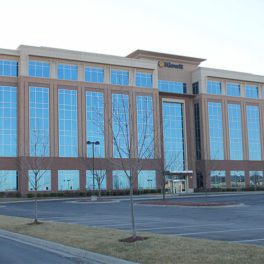 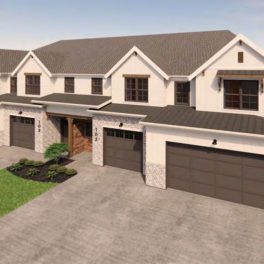 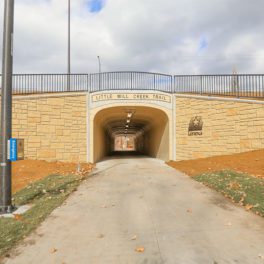 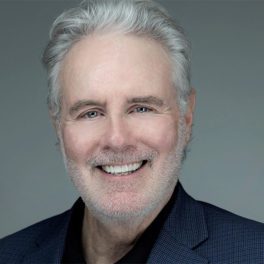 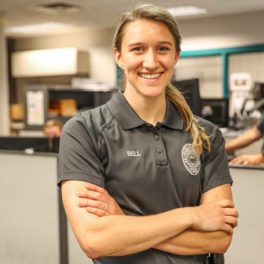 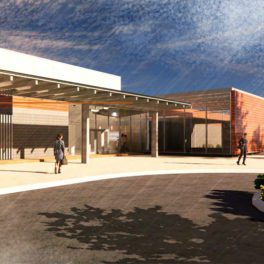