New poll: Would you support a tax increase for schools, sewers and roads? 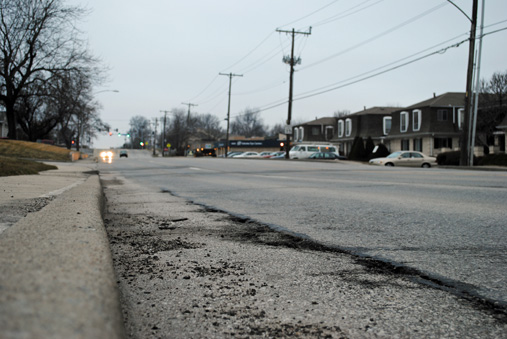 The Overland Park Chamber of Commerce in February released the results of a major survey of Johnson County residents, measuring their feelings about the the amount of taxes we pay and the services we get.

Overwhelmingly, voters who responded to the survey said that they feel the level of taxes they pay is “about right” (70 percent of respondents), but that they would support tax increases for K-12 education (80 percent), aging infrastructure like sewers (70 percent) and roads and highways (67 percent).

Do you agree — would you support tax increases to fund education, infrastructure and roads?

(To the tune of Tupac Shakur’s “California Love”): Johnson County, knows how to budget. In the city (citayyyy), of PV. In the county (countayyy),

Corinth Library will see reduced hours in 2012, but cuts not as drastic as at other branches

Faced with a smaller staff as a result of the county’s voluntary retirement incentive program, the Johnson County Library Board voted Wednesday to reduce

Need to go to the DMV? Get ready to drive to Olathe

The Johnson County Department of Motor Vehicles has closed its office at 6000 Lamar Ave. in Mission for remodeling until Spring 2012. Which mean

By Laura Herring, DeSoto Explorer The Kansas Sheriff’s Association named Johnson County Sheriff Frank Denning Sheriff of the Year for 2011 during a ceremony

PV, Mission Hills mayors to have say in proposed move to partisan elections in JoCo

Johnson County released its official 2012 tax and valuation figures on Monday, with the property tax rate homeowners will pay coming in very, very

Public sector employees have been a favorite target of the Tea Party movement since its inception, blamed for putting cities and states in a