Facing censure vote, JCCC Trustee Angeliina Lawson says she did not violate board code of conduct

Frustration at being shut out of college information loops and having her questions ignored spurred Angeliina Lawson, a first-term member of the Johnson County Community College Board of Trustees to ask state lawmakers for better oversight of community colleges last fall, she says.

But that query and its implications so incensed some members of the JCCC trustees that this week they will take a historic vote on whether to censure Lawson on grounds that she violated the board code of conduct, which calls for collaboration amongst trustees.

It is the first time such a vote has ever been taken on the trustee board.

The email – which concerned how the school manages its assets – was never meant to be public, Lawson said. She sent it to members of the Kansas Legislature with the idea that her concerns and questions would be confidential. But somehow, that email made its way to the Kansas Board of Regents President Blake Flanders, who in turn forwarded it to college President Joe Sopcich. JCCC board members took it from there.

A censure would be a strong public rebuke of Lawson. At a previous board meeting, there was discussion of removing her from her committee and liaison positions. But a censure would not remove her from office because she is elected by voters.

Censure vote will focus on code of conduct

At Thursday’s meeting, the board will decide whether Lawson’s email violated a 13-point code of conduct that calls for working with other board members in a “spirit of harmony and cooperation,” among other things. The board has not yet cited specific points that may be charged against Lawson, but its fact finder, attorney Allan Hallquist, referred to one that says board members “shall not attack the integrity of individuals without factual foundation.”

Lawson said she has from the beginning of her term had problems and delays getting questions answered for her constituents. For instance, she recently has been trying to find out particulars about the college’s unencumbered funds and the reasons for holding more than a 25% reserve. Lawson recently held a town hall meeting to talk with constituents about what she called that “slush pile” and whether the mill levy should be rolled back.

But she said that when she brings up such subjects during board meetings, she senses impatience among other board members. “If I ask these questions, it’s ‘getting into the weeds.’” she said. “Then I get what feels like attacked in the board meeting either by the chair or the president or the vice president and made to feel stupid that I’m trying to understand the financial inner workings. The impression I get is, ‘stop asking questions about it.’”

She’s still asking questions, though. Since the decision to pursue a censure vote, Lawson said she made a records request for the original copy of her email the board included in previous meeting packets. The packet copy showed a blank expanse at the top of the email. She said she was troubled by the fact that the email the board members saw ended with a JCCC footer, which shouldn’t have been there since she used her personal email.

The original, which Lawson showed to the Post, has the email sending history at the top. It begins with a notation of college President Joe Sopcich sending a copy of the email to himself, which would have produced a footer if that copy was sent on to the board packet, Lawson said.

JCCC spokesman Chris Gray declined to comment on the email history or the reason it was redacted from the packet. “I will not comment on further ‘evidence’ or opinions Trustee Lawson is trying to introduce or suggest is associated in this case that was not a part of the findings of fact and thorough investigation completed by outside counsel. The College will let the findings of fact, speak for itself in this matter,” he said in an email. “We look forward to getting back to focusing on our mission of the college and on student success instead of attempted games of got-cha and personal agendas.”

Lawson at odds with JCCC president, board chair

Lawson has been at odds with Sopcich dating at least as far back as 2018, when trustees voted separately to increase tuition while rolling back the mill levy. One argument between Sopcich and Lawson occurred during a Washington D.C. conference and was loud and heated enough that it was overheard by Chris Reeves, a Democratic organizer attending a different event. Reeves quoted Sopcich on Twitter as doubting that many JCCC students were hard up enough financially to be hurt by the tuition increase. Sopcich didn’t deny those comments, but said later he had a long record of support for needy students.

The mill levy vote came up again recently on Lawson’s public Facebook page, when Trustee Chairman Greg Musil wrote in with comments on her recent town hall. Musil said, incorrectly, that Lawson had voted in 2018 and 2019 against a levy rollback that she now supports. One commenter called him out for attacking Lawson’s integrity with false information.

Musil acknowledges now he was incorrect on Lawson’s 2018 vote for the rollback. He intended only to bring out more discussion on the budget, he said. “I certainly wasn’t making attacks on Trustee Lawson nor would I because the factual part of the budget is out there for everybody to see,” he said.

Much of the email that provoked the censure vote concerned how the college manages its $39.3 million art collection, some of which is in storage caves. Lawson listed concerns about how the school handles and pays for storage.

As part of the censure process, the board hired Hallquist to do a point-by-point finding of fact on the assertions Lawson made in her letter. That document, which has been posted on the JCCC website, offers rebuttal to many of the assertions in Lawson’s letter, particularly points about the arrangements for storage.

According to the fact-finding document, Lawson was interviewed for three and a half hours and her report of what was said during a tour of the art storage cave differed from the memories of the other five people on a September 2019 tour of the caves. However Hallquist does not immediately name those other people or flesh out what they said. He wrote that if Lawson can provide tapes she said she has of the tour, the discrepancies could be cleared up.

The document does cite interviews throughout with staff and others involved with storing the art, some of whom may have been on the tour.

The fact finding document points out some things Lawson misinterpreted and others that were incorrect, relying on email and other written records. In some cases those rebuttals asserted major factual errors, but in others, they are on technical grounds.

What the fact finder doesn’t establish is Lawson’s intent. When the board members meet Thursday, they will have to decide whether Lawson was attacking the people’s integrity in opposition to the facts, or just misinformed and asking questions.

Lawson says the latter. She only wanted more transparency and oversight to get her questions answered, she said, adding that she offered to discuss the board’s concerns about the letter in executive session.

“I have not maligned anybody,” she said. “None of this has ever been done to hurt anybody. It is trying to get answers to what I know my job to be.”

At Johnson County Community College, we take pride in preparing students for the workforce through our many degree and certificate options. Our Hospitality and

Updates from JCCC: Nerman Museum named one of NBC’s top museums in the world

Located on the campus of Johnson County Community College, the Nerman Museum of Contemporary Art boasts some of the top internationally acclaimed collections of

At JCCC, we know education isn’t limited to lectures and labs, which is why we offer many opportunities for students to get involved on

Integrity, passion, vigilance and leadership are cornerstones of most professions, especially those that involve saving lives. We commit to these values every day at

Spring semester is officially starting at Johnson County Community College and this year, as always, we will strive to give every student the resources

While students are enjoying a couple more weeks of winter break, the JCCC campus is already buzzing with activity! The new year brings a

As 2019 comes to a close, we reflect on a successful year of achievements both big and small – all of which helped build

The mental and physical well-being of our students is a top priority at Johnson County Community College. Initiatives like the new Student Basic Needs 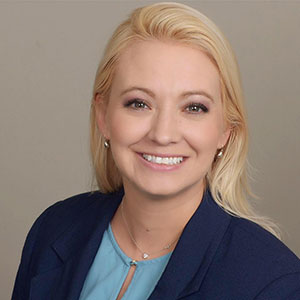 An anonymous email posing questions about transparency and oversight of Johnson County Community College has gone off like a bombshell among the college trustees,