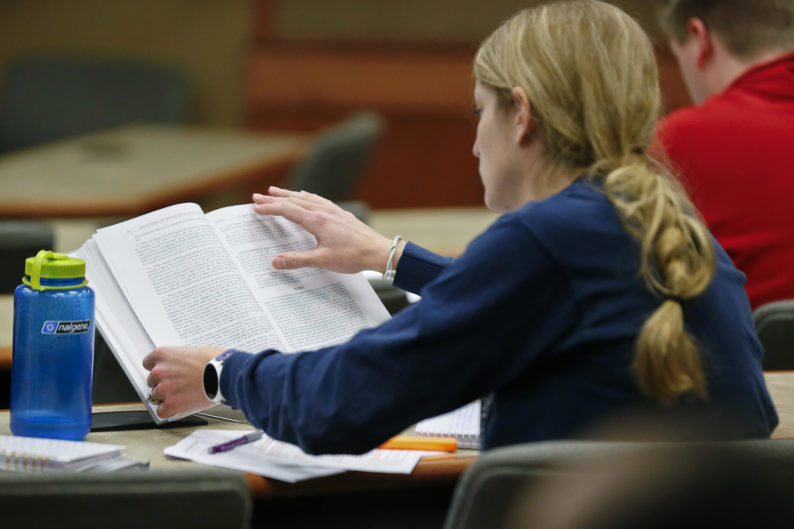 By Stephen Bisaha WICHITA, Kansas — Kansas colleges will soon get millions in federal money to help with the ripple effects from the coronavirus, but educators and experts say it’s

WICHITA, Kansas — Kansas colleges will soon get millions in federal money to help with the ripple effects from the coronavirus, but educators and experts say it’s not nearly enough.

The roughly $2 trillion CARES Act, meant as a life preserver for the national economy, added higher ed to the list of its beneficiaries. The government said half of the $13 billion for public and private universities must go to student grants. But the need is greater than that: Some students have lost the ability to pay hefty tuition bills — not to mention rent or groceries — and universities have lost revenue sources on top of already-strained budgets.

Without another stimulus boost from Washington, campus leaders and experts say Kansas’ colleges and universities must make two tough choices: which students to help and which employees to cut.

“It’s much easier to figure out how to give money to students, but even that takes time,” said Robert Kelchen, an associate professor at Seton Hall University who researches higher education finance. “Figuring out how to use several million dollars (at) a college is much more difficult just because you don’t know how long this thing will last.” The student grants can be used for any hardships related to campuses shutting down, including child care, food, rent and technology needed for taking classes online.

Schools are being encouraged to prioritize the students with the greatest need, but education experts say there’s no standardized way of measuring that.

Experts also say schools have to get the word out to students that help is available or some will have no chance of benefiting.

“Students need to be in the know,“ said Jennifer Delaney, an associate professor of higher education at the University of Illinois. “And for some of these vulnerable populations … they don’t know these emergency funds exist.”

College students struggled with issues like hunger well before the pandemic. The University of Kansas estimated that a third of its students were considered food insecure in 2018, and Kansas State University said a fifth of its students qualified for the federal Supplemental Nutrition Assistance Program.

But many students weren’t included in those figures, because they were getting by without assistance. That’s not the case when the coronavirus closed campuses and shut down pretty much all but essential businesses across the state.

“You have students who have never had a need before,” said Sarah Hoyt, the operation lead of K-State food pantry Cat’s Cupboard.

Joshua Edgar relied on K-State’s food pantry as an undergraduate. He’s now a grad student and research assistant, and while he feels financially insulated from much of the economic pain, he’s seeing more of his friends needing help as their jobs disappear.

He said students were sacrificing their rent and food budgets well before the coronavirus in order to get an education. While some federal money for assistance is good, he said, colleges really should be prioritizing how to improve online learning.

If students can’t get a quality education online, Edgar said, then their suffering won’t be worth it.

Schools are still waiting on CARES Act funds without a clear timetable of when they can pass the money along to students. In the meantime, they’re relying on their own emergency funds to help students: The University of Kansas says its emergency aid network used to get about seven applications every week or two. Workers now review that many applications daily. A strain on university budgets

For the CARES Act funds not earmarked for students, schools must agree to keep paying contractors and employees “to the greatest extent practicable.”

But without another round of funding, keeping all employees around is probably not a realistic situation.

“We’re a very people-heavy business and when you talk cuts you’re very quickly talking about furloughs and cutting employees,” said Delaney, who is also a member of the Illinois Board of Higher Education.

The University of Kansas said its losses could be in the tens of millions when factoring in housing, events and dining — much more than covered by the CARES Act.

“We were disappointed in how much there was for higher education,” KU Chancellor Douglas Girod said of the overall federal funding.

Universities across the U.S. are lobbying for an additional $47 billion for higher education in the next relief package. Otherwise, it’ll be time to look at where to cut, even with some Kansas universities already announcing hiring freezes. But part of the problem is that colleges already have been making cuts for years.

“Higher education funding was a challenge before this,” said Will Doyle, a Vanderbilt University professor who studies higher education policy. “It’s not as though there was a bunch of slack in the budget that they can easily let go of.”

And while the Kansas Legislature gave state universities an extra $34 million in the fiscal year 2019-20 budget, the Kansas Board of Regents said that wasn’t enough to cover rising costs. With state coffers likely looking at a significant dip in revenue due to the coronavirus, higher education could be targeted in another round of state funding cuts.

Wichita State said it’s looking for other places in its budget to cut — including ending discretionary funding and instituting a hiring freeze — but is also considering furloughs.

One of universities’ largest source of income is international students, who usually pay several times the tuition rates of in-state students. Previous drops in their enrollments left $1 million holes in school budgets. During the pandemic, the U.S. State Department isn’t handing out student visas and global travel has all but stopped.

“International (enrollment) is going to be a big hit for all the institutions,” Wichita State University President Jay Golden said.

In-state enrollment will likely drop too, taking another bite out of college revenues. Conventional wisdom has been that a recession leads to an upswing in people going back to college to be trained in something new.

But colleges fear students and potential students will skip out on higher ed in the fall, both because of a distaste for online classes and the fear of returning to a college campus while a coronavirus vaccine is still in the distant future.

Stephan Bisaha reports on education and young adult life for KMUW and the Kansas News Service. You can follow him on Twitter @stevebisaha.