Strang Hall at Edison District had a soft opening this week in downtown Overland Park and will have its grand opening Friday. Located at 7313 W. 80th St., the food

Strang Hall at Edison District had a soft opening this week in downtown Overland Park and will have its grand opening Friday.

Located at 7313 W. 80th St., the food hall serves as a chef collective of six chefs offering their uniquely curated food concepts. The space is set up similar to a cafeteria, complete with a full bar and coffee shop selling Marcell Coffee. The food hall’s first day open was Tuesday.

“We’ve got some really creative people in here,” said KyLee Bird, assistant general manager. “It’s a variety of flavors, a variety of dishes, from all of these chefs.”

A look at the Edison District chefs

Six chefs have spaces inside the Edison District:

“With an opportunity like this, it’s something I couldn’t pass up,” said Chef Anourom Thomson of Anousone, who had been operating out of a food trailer.

Part of the food hall concept is to introduce and grow concepts for chefs who are local and/or not well known.

“We really wanted this to be almost like their test kitchen to give them an opportunity to try out a unique concept that they had or try out a menu idea they had,” she added. “It’s geared more towards those people who are not super well known in their community and in their industry, and giving them the opportunity to build their name and build who they are as a chef.”

When it came down to crunch time (pun intended), Bird said she watched the chefs come together and help each other get ready for opening week.

“That’s been really inspiring, and I think that’s one of the things that we’re about, building that sense of community,” she said.

Hours of operation for December and January are as follows:

Hours for the food hall:

Hours for the coffee shop:

Restaurant hours within the food hall are: 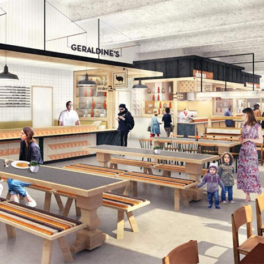 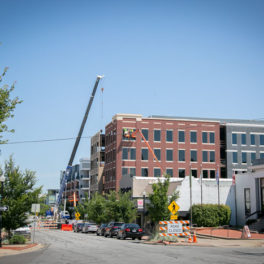 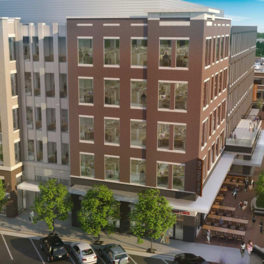