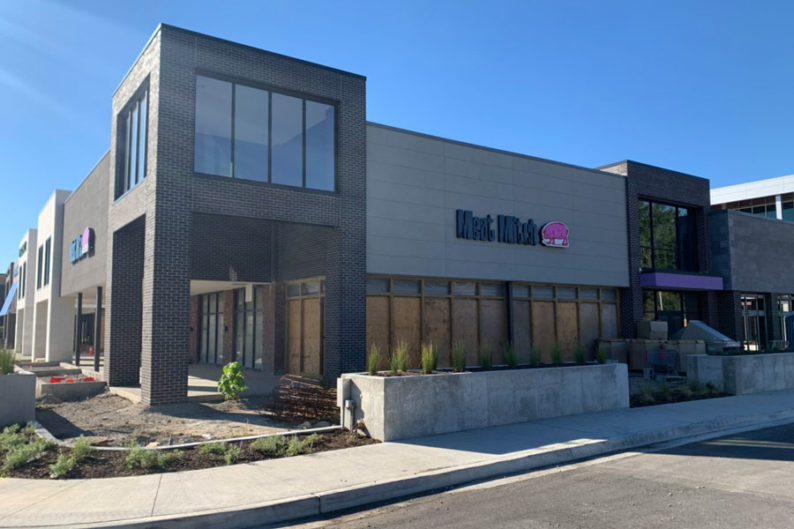 It’s been nearly two years since developers of Ranch Mart North in Leawood received final approval for a $47 million overhaul from the city, and now the prominent shopping center

It’s been nearly two years since developers of Ranch Mart North in Leawood received final approval for a $47 million overhaul from the city, and now the prominent shopping center near the corner of 95th Street and Mission Road is set to fully reopen in the coming weeks.

As part of the revamp, the 217,000 square-foot site now houses a two-story multi-use building with first-floor restaurant space and second-floor office space.

Two restaurants are already committed to the space, including Meat Mitch Barbecue, the project’s marquee restaurant who committed early in the redevelopment timeline, and a second location for Summer Salt Ice Cream, a locally owned shop that opened its first storefront in Prairie Village’s Corinth Square last year.

Trip Ross with Cadence Commercial Real Estate says his company is not prepared to disclose at this time what other restaurant tenants will be occupying the space, but says they will fit right in with the community.

“The goal here has always been to find the best of local and regional retailers and really curate a mix of tenants at Ranch Mart that was fitting for the community and our customer base,” Ross said.

Ross said he would also not disclose who will be occupying the second floor office space, but that one company has leased out the entirety of that space.

Mitch Benjamin, owner of Meat Mitch and Kansas City’s Char Bar, said he expects the doors to his restaurant to open sometime by the second or third week in November.

The 6,000 square-foot fast casual barbecue restaurant will feature a kind of exhibition cooking scene in which patrons will be able to see into the kitchen to watch their meals being prepared.

The restaurant will serve barbecue staples familiar to any Kansas Citian, from burnt ends to brisket to fried pickles, Benjamin says.

The restaurant will also feature a large patio space where patrons can eat, listen to music and play games.

“We’re still working on what patio games to incorporate,” Benjamin said. “Right now we’re just trying to be compliant with the City of Leawood rules.”

Fours years since signing the lease at Ranch Mart North, Benjamin said what he is excited to officially open.

“I think it’s an A-plus location,” Benjamin said. “95th and Mission is really underserved from a restaurant standpoint and it’s also extremely busy.”

In addition to the new restaurant and office space, the redevelopment also puts in new pedestrian and outdoor spaces.

An area on the north side of the property, now known as “the lawn,” is the last major section of the redevelopment under construction.

This space is intended to be a place for people to congregate and go between the restaurants.

“We wanted to create a brand new mixed use environment that was extremely pedestrian friendly, that that really just created maybe a small park within the project,” Ross said.

Phased opening at Ranch Mart North will begin with Meat Mitch, followed by staggered openings for the other business set to occupy the newly redeveloped in the upcoming months. 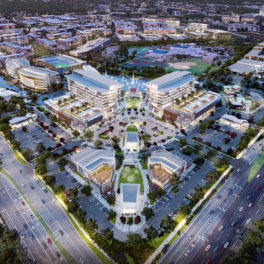 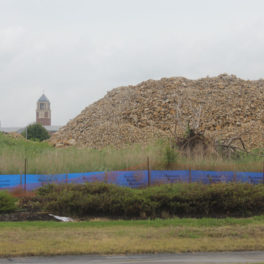 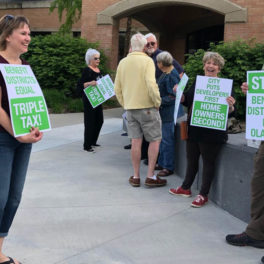 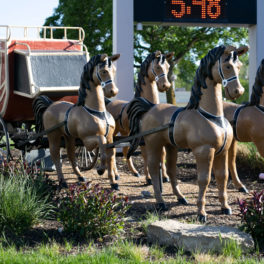 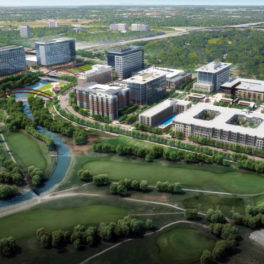 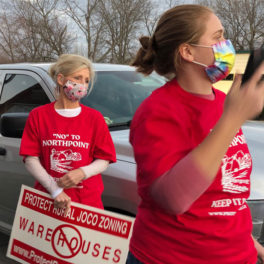 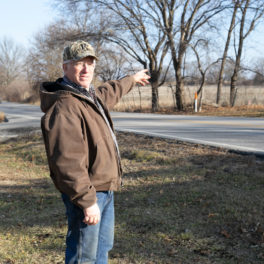 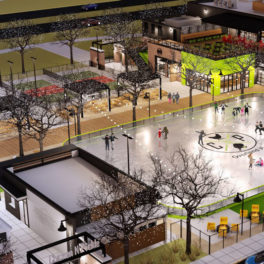 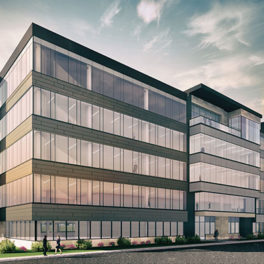 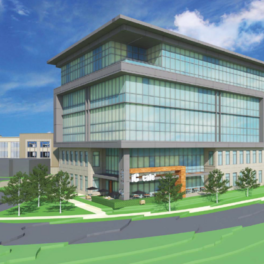 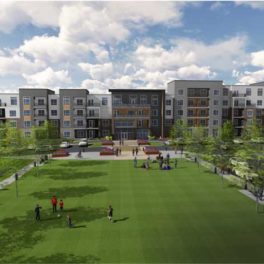 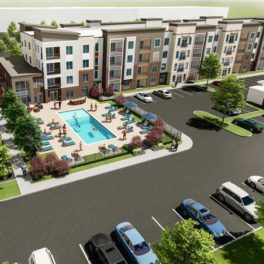 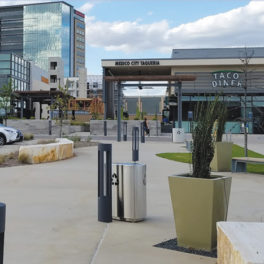