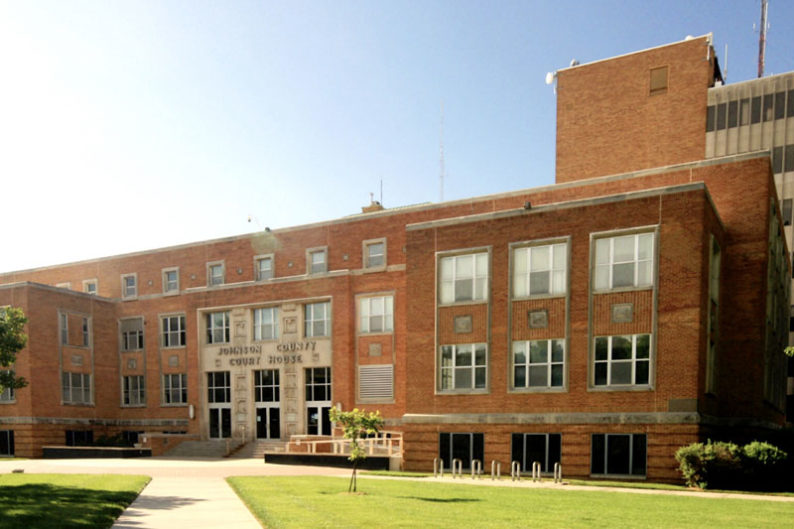 For anyone who’s not a lawyer, accessing court records in Kansas is a headache. Depending on the type of court, successfully obtaining records can involve an endless list of obstacles — from fees and outdated systems to having to physically go to the courthouse.

To solve the constant runaround, the Kansas Judicial Branch is developing a new, centralized computer filing system with the hopes of streamlining what many currently see as a confusing and cumbersome process.

But the coronavirus pandemic has thrown uncertainty into its implementation, while at the same time reflecting why the system needed overhaul in the first place.

Right now, most Kansas court records can only be obtained by non-lawyers through a physical trip to the courthouse to search a public terminal or through an open records request if they know the specific documents they are seeking. The pandemic complicated things, because shuttering courthouses to prevent the spread of COVID-19 meant the public terminals were also out of reach.

Court records, though generally considered public, are often harder to get than other types of public records. There is no standard in how courts handle public access to records, and processes often vary between counties and among local, appellate and supreme courts. And while cities and counties may file extensive documents online, most court records can only be seen in-full by attorneys. The rest of the public may be able to get a bare-bones list of actions that have been filed, but a look at the full judgements, petitions and pleas are often not possible over a home or office computer.

The new Centralized Case Management System being developed in Kansas may also become a boon to researchers who want to check on cases without driving to far-flung counties.

Once the system is up and running, it will allow anyone — reporters, academics, hobbyists and people acting as their own attorneys — to access records. A Beacon test of accessing a case in Dickinson County found that no fee was requested, and Lisa Taylor, public information officer for the state judicial branch, confirmed there were no fees.

Having to physically visit a courthouse for records is a problem that concerns open records advocates, who say the information should be more accessible, especially to people who represent themselves in court.

Max Kautsch, a Lawrence, Kan., attorney who is a board member for the Kansas Sunshine Coalition for Open Government, said it’s always in the public’s interest to have easy access to court records, adding that the new system is a positive change for the state.

“Their capabilities will be standardized and it will increase transparency,” Kautsch said. “It will standardize how the district courts have to make records available to the public.”

Assistant U.S. Attorney Chris Allman, in Kansas City, Kan., got involved through a committee to improve the federal search system partly out of concern for people who represent themselves. While people who search at the federal courthouse terminals can do so for free, a remote search charges for each result.

“In the past, it was clear to me they were operating at a disadvantage because they couldn’t access the court records the same way I was,” Allman said. “And I found that troubling,”

He added that a rule allowing free access under a certain number of searches makes that less of a problem.

Having any pricing scheme has a negative effect because it causes people to constrain their searches, said Michael Lissner, executive director of the non-profit Free Law Center, a group is dedicated to helping people access the federal court.

“You should be able to research without having this specter of your credit card hovering over your head,” Lissner said. “We’re not shopping for clothes here. We’re accessing democracy.”

Opening more records to the general public was not necessarily at the top of Kansas court administrators’ minds as they designed the new Centralized Case Management System. It was mostly intended to move counties onto a common software platform so officials could share files and workloads, and move away from paper filings and outdated software.

The Centralized Case Management System has been in the works since 2015. It is being rolled out bit by bit through the state judicial districts with full implementation scheduled for next year.

That may change. Taylor said the chaos created by the pandemic has caused discussion about the project’s timing. But for now, the timeline stands.

So far, only the 8th and 21st districts — comprising Dickinson, Geary, Marion, Morris, Riley and Clay counties — are the first of the state’s 30 districts to use the system. Bigger cities, like those in Sedgwick, Douglas, Wyandotte, Leavenworth and Shawnee Counties, are all scheduled to begin using the system this year. Johnson County, however, will be among the last to adopt the new system. Because the county’s computer court records system was established in the mid-1990s — earlier than computer systems in other courthouses — it was able to opt out of the modernization.

The new platform will also have benefits for county clerks since they’ll be able to read and work on files from other counties. That means counties with relatively low workloads may be able to help others with more files to process, Taylor said. She added that the system will also centralize accounting on court fees, removing an additional burden from clerks.

The Kansas and Missouri records systems are by no means the most restrictive in the country. A look at other states from the National Center for State Courts shows a hodgepodge of online offerings ranging from no access at all to open portals for most courts. Many have different levels of accessibility, depending on the county, district or type of court. For instance, in states like Utah, Texas and Alabama, court records are accessed through subscription services, with startup fees as high as $295 and monthly fees continuing thereafter.

More Records for All

Federal courts have an online search system that can be accessed from home, but it has been roundly criticized for its opaqueness and has inspired nonprofits like The Free Law Project to provide free access to primary legal documents and advocate for more records openness.

Anyone who wants to check out court documents in federal courts has to use that court’s PACER system. PACER, which stands for Public Access to Court Electronic Records, is neither free nor easy to use. In fact, there’s a lawsuit pending about the issue and court officials have created a committee of users from different walks of life to critique the system.

Missouri’s Casenet and the current Kansas system for the district courts weren’t created with members of the public in mind as the primary users. They were set up mostly to serve clerks and lawyers.

But not all case records will be available for public eyes, even under the new case management system. Under Kansas Supreme Court Rule 22, which establishes a framework for public access to case records, some restricted cases include adoptions, divorces, grand jury proceedings and juvenile offenders. Restricted documents include coroner reporters, warrants and probable cause affidavits.

And not everyone believes that access to court records should be expanded. Marilyn Harp, executive director of Kansas Legal Services, said the inconvenience for some users who have to go into the courthouse may be a fair tradeoff to protect court information that she believes should remain private.

Harp, whose group helps people with low to moderate incomes, said family law and bankruptcy court records may have personal details that could be used maliciously, but agrees the system can be inconvenient for people who represent themselves in court.

“I have a privacy perspective,” Harp said. “I acknowledge that having to go to the courthouse and get your own information is hard, but on the other hand people are already exploiting public information. I always think there’s a balance there that makes it hard to know what the right answer is.”

Court watchers say everyday people should care about access to court records, even if they don’t expect to ever interact with the court system.

“A surprising number of people wind up in court for one reason or another,” Lissner said. “So if you just recognize that you’re going to be there someday you want legal access to information to be as easy and straightforward as possible. You want a competitive playing field.”

Roxie Hammill is a freelance reporter for The Beacon.

Editor’s Note: Beacon founder Kelsey Ryan is on the Board of Directors for the Kansas Sunshine Coalition for Open Government. 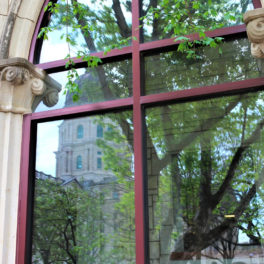 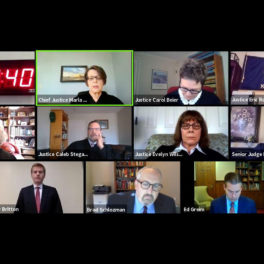 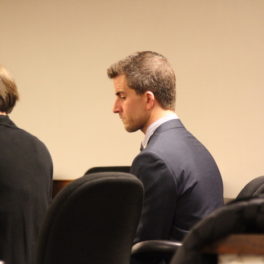 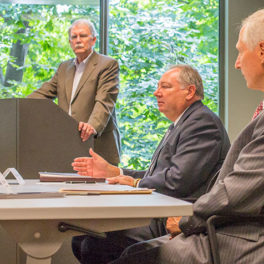 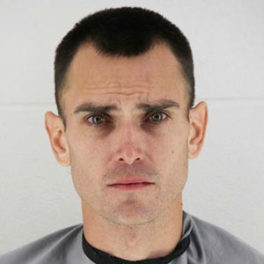 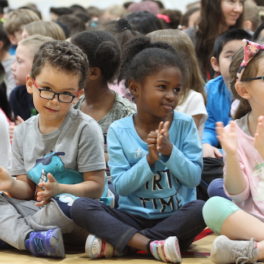 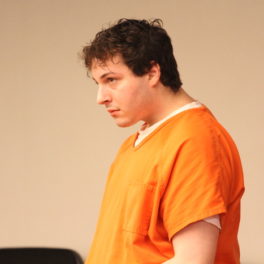 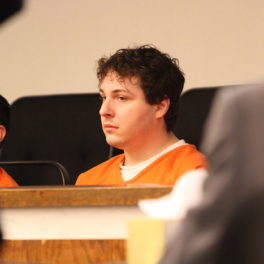 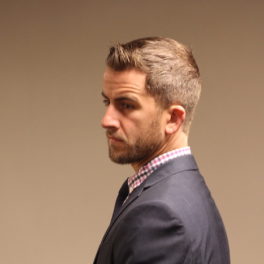 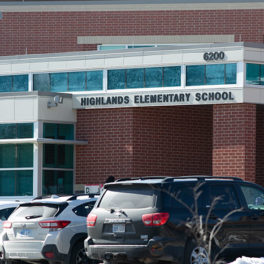 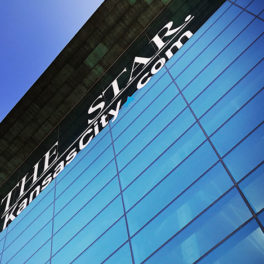 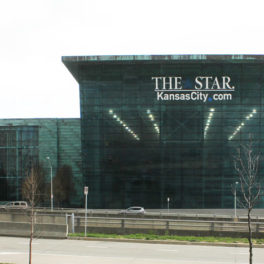 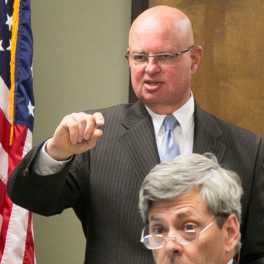