A candidate for Roeland Park city council deleted his Twitter account this week after coming under fire for retweets he made and for online writings against “Satan-inspired globalists” and “puppeteer-controlled media.”

A.J. Cameron, a candidate for the Ward 4 seat being vacated by Mike Poppa, says now that he didn’t look closely at the tweets friends and acquaintances asked him to pass along. “In hindsight I probably should have asked the friends who were asking me to retweet to explain why they wanted me to do it. I may not have complied with every request.”

Cameron’s online persona has become a campaign issue since being discovered by a group called Roeland Park Neighbors for Inclusivity, which printed a collage of the retweets and distributed it with the headline, “A.J. Cameron’s Extremist Views Don’t Belong on the Roeland Park City Council.” Front and center on the collage was a tweet bearing a picture of former President Barack Obama with a star and crescent superimposed on his forehead.

Before it was deleted, Cameron’s Twitter profile listed him as, “Catholic, independent, truth-seeker; I believe in the Holy Trinity, good prevailing over bad & I don’t suffer elitist, hood rat politicians or media well.” He rarely initiated new threads, but did retweet numerous others. Among the retweets were views characterizing undocumented immigrants who arrived in the United States as children (DACAs) as “illegals” who “don’t have rights under the law,” a theory that “Big Abortion” exploited Hurricane Harvey as a fundraising ploy, and the “unholy alliance between the Left and Sharia supremacists” to destroy America.

Cameron’s Twitter account wasn’t the only online presence that’s attracted attention in the run up to the election. Until mid-2017 Cameron wrote regular unpaid opinion pieces on the online forum Canada Free Press espousing various conspiracy views. His last post in CFP, on August 13, 2017, says that “race-baiters” and rioters were recruited from outside of Ferguson, Mo., and Baltimore, Md. to cause trouble. In that and other posts, he rails against other frequent targets of conspiracy groups, including the Trilateral Commission, Council on Foreign Relations, the United Nations Agenda 21 and Common Core.

He can also be found on YouTube, with a video wishing CFP readers Merry Christmas. There are no other videos, but a list of “liked” videos includes more on global conspiracies. Cameron at first didn’t remember making the Christmas video for Canada Free Press, and said he put the Christmas greeting up at a request from CFP but did not realize it resulted in a YouTube account under his name.

A spokesperson for group that posted the flyer could not be found. Michael Rebne, his opponent for the Ward 4 seat, said he had nothing to do with the flyer. Nonetheless, he says he agrees with what it said. He addressed the issue on his Facebook page, saying “I believe we need leadership that embraces mainstream views. Propagating extreme antigovernment media is not in keeping with the beliefs and the character of our community.”

Later, in an email to the Post, he added, “When we seek public office, we bring our personal values and convictions along with us. Roeland Park is known for being a warm and welcoming community to raise families; not one of anger and division. We put our strong community in jeopardy every time we turn a blind eye to such instances of bigotry and hate.” He noted that Cameron retweeted from anti-immigration group FAIR (Federation for American Immigration Reform) a group that the Southern Poverty Law Center has designated as a hate group with ties to white supremacists.

The online articles and YouTube links remain, but Cameron deleted his Twitter account a few hours before a scheduled interview with the Shawnee Mission Post about the controversy. He explained during the interview that he is not savvy on the ways of social media. “Because I don’t use it I went ahead and just deleted it,” he said.

“I don’t know how to tweet even though I’ve had three people try to teach me. On the retweets, it’s usually when somebody asked me to retweet so I wasn’t really paying total attention to what was being retweeted,” he said.

Many of the retweets had pictures, but Cameron said he doesn’t remember looking at them, “because like I said I wasn’t really paying that much attention to it.” He also said he doesn’t really know why the vast majority of retweets came from ultra-conservative sources. “It was just something cluttering up my email box,” he said. “I’m not a techie.”

Cameron allows that his language in the articles was inflammatory and said that he’s backed off from some of it. “I’ve learned a lot over the last 10 years. What I might have said at one point doesn’t necessarily represent where I am today, because I’ve learned and changed stances on issues and things like that.”

He noted that where he used to see Democrats as most wrong-headed, he now sees the problem as coming from both parties. He’s not aligned with either, he said.

And he said he now realizes language calling out people as globalists, elitists and devils is not helpful. “I would probably need to step back on a lot of terminology to find a better way of presenting my case without being so inflammatory, so that both sides can actually hear the message,” he said. “Unfortunately with print once it’s out there, it’s out there.”

Cameron was hard pressed to come up with other examples of where his actual opinions have changed, though. “I’d probably have to look at each article and see what I would and what I wouldn’t take back. I am concerned about what’s happening in education. I am concerned about what’s happening where there’s a kind of a lurch towards I want to say socialism or something like that,” he said.

The same goes for the retweets, but when pressed, he said he’d retract the one with the crescent and star, which also labels Obama “anti Christian, Pro Islamic” and a “Muslim Traitor.”

Asked whether he still believes in a global conspiracy, he said, “I don’t know if it’s global, but I do think that certain people like to have input on directions of countries and stuff like that.”

But the run for city council should be more about the local issues, such as keeping taxes lower for residents, he said. “My opponent has expressed views that some people might consider very liberal and aligns himself with state and national politicians that lead in that direction,” he said. “I just looked at making this a city election and not a national election.”

“I feel like maybe my opponent didn’t feel like his message was resonating enough on city issues so they needed to come after me on non-city issues,” he said.

Even so, some Roeland Park residents are concerned. Tom Fox, for example, said the picture of Obama with the star and crescent “just sent a shiver down my spine.”

“I don’t want that kind of hatred or fear or extremism in my local political council,” said Fox, who is president and CEO of the Kansas City-based National Catholic Reporter. Fox also singled out a question Cameron directed at Pope Francis in one of the articles: “Are you truly a man of God who will act appropriately as the Pope and Bishop of Rome, a globalist puppet, or, indeed, a Satan-inspired globalist?”

Cameron says he’s come to tolerate the pope’s social views a little more since that was written, but does not necessarily agree on all points.

For his part, Cameron says he wants to keep the campaign focused on city issues like the property and sales tax burden on residents now that Walmart is no longer leaving. His campaign website says, “Other candidates may seek out and embrace state and national partisan politicians. I will respect all points of view and focus on what is best for Ward 4 and Roeland Park.”

That doesn’t make some city voters rest any easier. Sarah Martin said Cameron’s views will make for divisiveness when council members need to work together. Ward 4 resident Elizabeth Fischer agreed, saying the bland statement on his website is misleading. “I just think that he’s divisive but he’s pretending to be a very friendly person depending on who you are,” she said.

Fischer said she has been encouraged by the open mindedness of the city council on such issues as climate change, the LGBTQ+ non-discrimination ordinance and in police procedures regarding federal immigration authorities. Action on all those issues, “are making this a very modern and attractive city especially for all these younger families moving in,” she said. “I’m not interested in voting for anybody who has an interest in taking things backwards.”

Asked about Cameron’s categorization of him as very liberal, Rebne had the following to say: “My campaign literature and conversations at doors have focused on investing in our community, including our parks, our aquatic center, our diversity, and a balanced approach to thinking about property tax.  My family and I love Roeland Park, like so many of our neighbors.  Shining a light on extremism is important to make sure our neighborhood remains safe and family-friendly, so we can enjoy the things that matter most.” 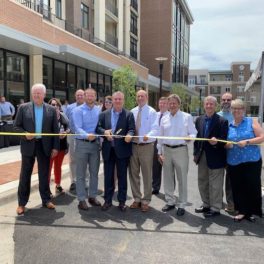 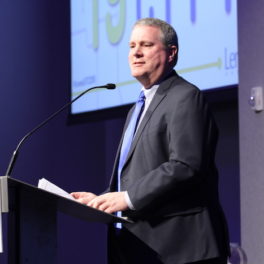 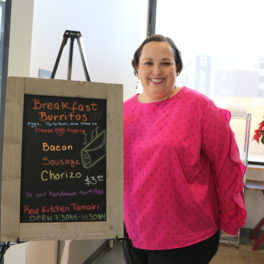 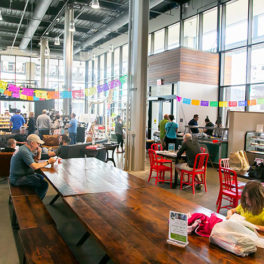 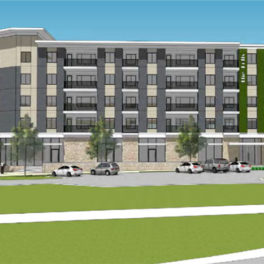 What you need to know about new Overland Park sports arena