Carry the Load, a Dallas-based nonprofit that travels across the country to honor fallen military veterans and first responders during the month of May, is making its first ever trip

Carry the Load, a Dallas-based nonprofit that travels across the country to honor fallen military veterans and first responders during the month of May, is making its first ever trip through the Midwest. One of their stops through the Kansas City metro area on Monday was Consolidated Fire District 2 at 63rd Street and Mission Road.

Carry the Load started as a mission to restore the meaning of Memorial Day — a day to honor America’s fallen military veterans. Now, the organization’s mission has broadened to include more than just military and more than just the one holiday.

Each year, the organization splits into three trips — along the East Coast, along the West Coast and now, this year, through the Midwest — and travels a total of 11,500 miles across the United States over the month of May, making multiple stops in dozens of cities to lead relays, marches and rallies that honor the fallen military and first responders.

Drew Deleon, a firefighter from Dallas and veteran of the U.S. Marines who volunteers for Carry the Load, said that by participating in rallies and spreading awareness for their cause, Carry the Load volunteers can help bring back the true meaning to Memorial Day.

“This organization was started by two Navy Seals, and they reached the point where they saw people celebrating Memorial Day as mattress sales, car sales, a holiday; they forgot what that true meaning was,” he said. “So they took it upon themselves the next year to start walking. And an older veteran stopped them and asked them, ‘Who are you carrying?’ That’s where ‘Carry the Load’ came from.”

Deleon said everyone is particularly excited for this year’s trip. This May marks the organization’s debut 3,900-mile trip to 40 cities throughout the Midwest. The trip began in Minneapolis at the beginning of May and will end the day before Memorial Day in Dallas, Deleon’s hometown.

“Being with the Dallas Fire Department and also a veteran, I’ve lost friends on both sides of the spectrum,” Deleon said. “I’ve lost guys that gave the ultimate sacrifice in the line of duty. Being with this organization just helps me keep their memory alive and also honor them as a thank you for what they did.

“Obviously, I’m sure their families would much rather them be here in person, but me being out here doing this and raising awareness so other people can do the same, I’m sure just not my friends’ families but other families across the nation feel some kind of maybe closure or just especially gratitude that their loved ones didn’t go and were forgotten.” 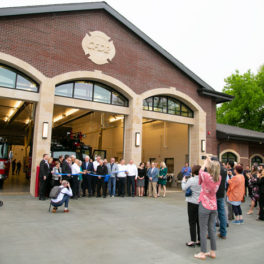 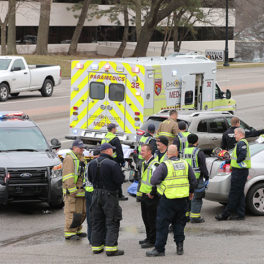 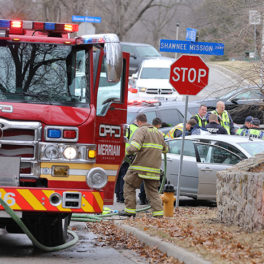 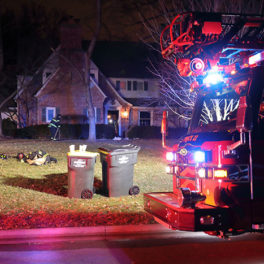 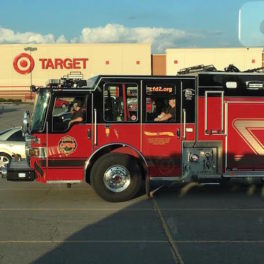