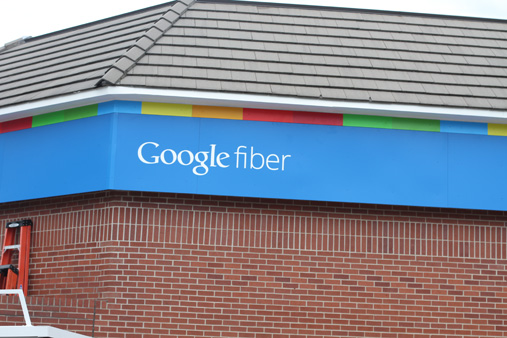 Prairie Village residents pushing for Google Fiber to take a look at extending the service to the city will tour the local Google headquarters in Westport Wednesday along with some members of the city staff.

The meeting, announced on the Prairie Village Web site and Facebook page Tuesday, is already full, according to City Administrator Quinn Bennion. Google can only accommodate about 20 people for the meeting and tour and that limit has been reached.

In a sign of the city’s support for bringing the high speed internet and television services to residents, the city also passed along the link to an online petition supporting the extension of Google Fiber to Prairie Village. The petition now has more than 400 signatures.

For Prairie Village residents, Google Fiber is so close, but so far away

At the northeast corner of State Line and Westport Roads in Kansas City, Mo. — roughly half a mile from Johnson County and just feet

SureWest, a traditional cable provider whose services compete with Time Warner Cable, is moving into northeast Johnson County — but how far it will come

Prairie Village residents wishing they had more choices for cable providers in the area may get an assist from city hall later this week.