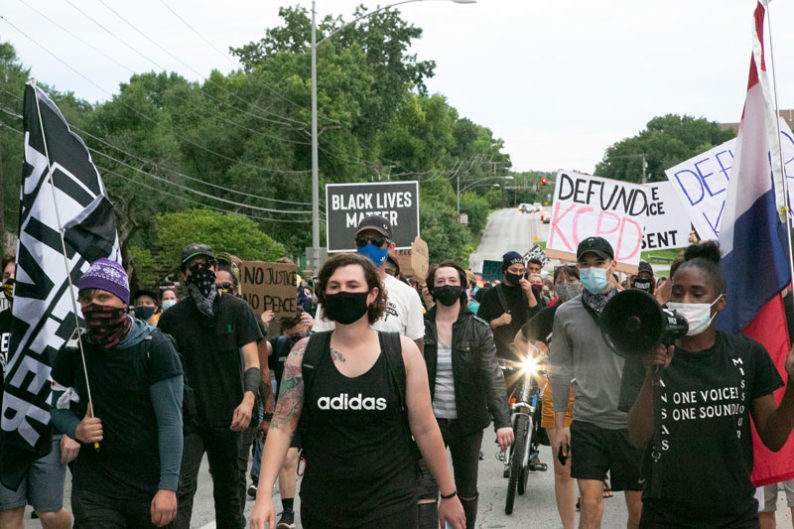 Organized by The Miller Dream LLC — the same group that put together the Overland Park protest — the Prairie Village march brought in people from both sides of the state line.

Miller Dream and its several co-organizers including White Rose Society and Black Rainbow are protesting for the following demands, per a Miller Dream’s Facebook post:

Protesters began the march at Weltner Park at W. 78th Street and State Line Road and walked in the street to an empty parking lot across the street from Ward Parkway Center at 8600 Ward Parkway. Leaders started chants like “This is what community looks like,” “Whose streets? Our streets,” “You can’t stop the revolution” and “Hands up, don’t shoot.”

On the way back to Weltner Park, protesters took over the intersection of 85th Terrace and State Line Road. They kneeled in the crosswalks and were told to hold their breath for eight minutes and 46 seconds, the amount of time a cop knelt on George Floyd’s neck Minneapolis.

Once protesters could no longer hold their breath, they were instructed to yell “I can’t breathe.” Within seconds of the demonstration, protesters began yelling the three words, and some called out “Mama.”

Prairie Village resident Jameelah Lang, a non-Black woman of color who was recently yelled at while in her own driveway by a man upset by a previous Weltner Park protest, said she hopes Saturday’s protest helps shift the current narrative that protests are antagonistic. Lang said it might be easy to think racism doesn’t exist if it doesn’t affect you directly, but people of color are subjected to it daily and don’t can’t opt out of it.

“I think it’s important for the people in Prairie Village to realize there are a lot of people who don’t have a choice,” Lang said. “We don’t get to opt out of it, we can’t choose for this not to matter.”

Other organizers like Kansas City, Missouri-based attorney Stacy Shaw spoke to the crowd about her experience with activism. Shaw said it’s important for large groups of people to protest and be willing to put everything on the line, such as careers and reputations, to reduce the overall risk.

Additionally, Shaw spoke on her experience at the Overland Park protest that led to the arrest of Darrien Richmond. Shaw and others who were arrested waited outside of the jail for 13 hours in solidarity with Richmond, she said.

Organizer Rev. Randy Fikki of Unity Southeast in Kansas City said he believes the Prairie Village protest went significantly better than the Overland Park protest because residents and people in positions of power have allowed them to get the word out. Fikki said change doesn’t happen on either side of an issue, but a bridge in the middle — and Prairie Village is willing to meet people there.

“What I’ve found is in Prairie Village, they’re willing to create that bridge, support that bridge and let us know if the bridge has flaws and help us fix it,” Fikki said. “That’s the difference between Prairie Village and Overland Park, hands down.”

“We were able to unite together tonight,” Wotruba said. “We see the unity within it all, so that’s something that we want to definitely embrace and continue. We’re strong in numbers, our voices are more powerful with more numbers.”

Currently at the State Line March at Weltner Park in Prairie Village. Things are just getting started with easily 100 so far, and more on the way. pic.twitter.com/utWcOrnB0Q 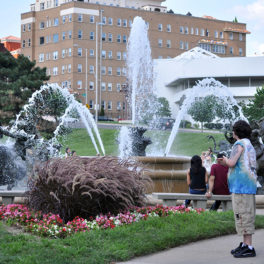 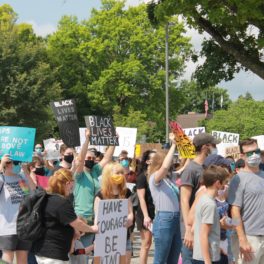 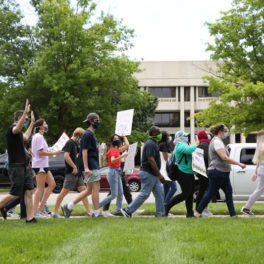 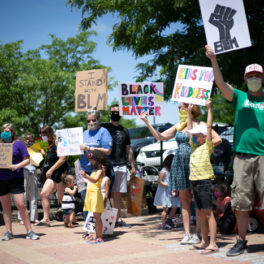 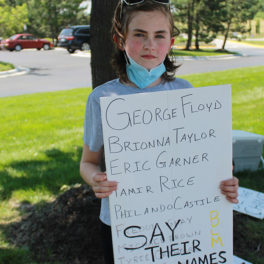 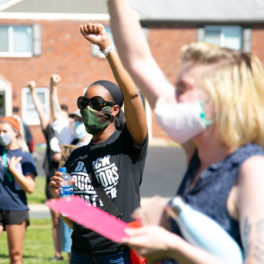 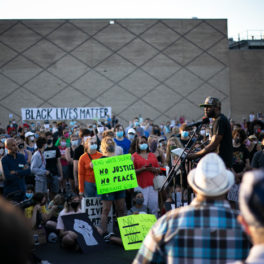