Landlocked Opera rehearses and performs at Atonement Lutheran Church in Overland Park. The opera company just finished its first season and is gearing up for the first performance of its second season.

Christina Ray, president and co-founder of Landlocked Opera, said she’s excited to introduce opera to a community with limited opportunities to enjoy this fine art of the classical realm.

“Our audience members, a lot of them are people who haven’t necessarily seen opera before,” Ray said. “It’s a nice gateway.”

A Kansas City area native and opera singer for the past 10 years, Ray said she grew up “knowing there is an abundance of talented musicians and performers in Kansas City.” That’s why she and her husband, Jonathan Ray, decided to start an opera company: To give local performers a platform for showcasing their talent.

“We have a really thriving arts community, but as far as opera, we really only had the Lyric Opera, which I love and I’m part of,” Ray said. “But not everyone has that opportunity to be a part of the Lyric Opera chorus. I felt like it would be really cool to just have a company that featured people that are in your own backyard.”

The opera company’s first performance, an operatic recital centered around love themes, took place in February 2019 and featured about 55 local Kansas City singers and more than 200 in attendance.

Since then, Landlocked Opera has offered two full productions — “Trial by Jury” by Gilbert and Sullivan, and “Béatrice et Bénédict” by Berlioz — and the audience is growing in size with each performance.

“We started off with a pretty big bang, I feel like,” Ray said. “Every time we do the next thing, we’re able to just up the ante a little bit each time. It’s really exciting, the growth that we’ve already experienced, and I feel like it’s just going to keep going from there.”

Ticket sales typically run about $10 for adults, which is part of the opera company’s mission to make opera more accessible financially, Ray added.

Landlocked actor-singers are rehearsing for “The Magic Flute,” a German opera by Mozart which will feature musicians with NAVO, an Overland Park-based orchestra led by Shah Sadikov.

“It’s really awesome and mutually beneficial to partner with other organizations who have their own following, and we can join together and create a following for both of us,” Ray said of their partnership with NAVO. She also hopes that singing or playing music for an opera can help diversify the portfolios of all performers involved.

For the past several years, USD 232 has been sending music students of the tuba and euphonium to perform among 370 musicians of all

With Johnson County’s recent completion of a $22 million investment to establish the Arts and Heritage Center in Overland Park, the county has seen 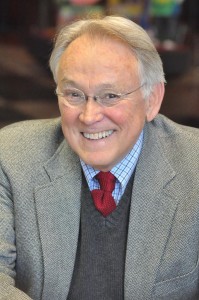 Shawnee Mission East is more than an alma mater for Maggie Niven, daughter of the late actor Kip Niven. She and her father graduated

Tom O’Rourke of Overland Park, a familiar face for theatre goers in Kansas City, is one of the cast in “Anything Goes,” the opening

When Habitat for Humanity Kansas City established itself 40 years ago, Village Presbyterian Church was the first group to donate to the organization and 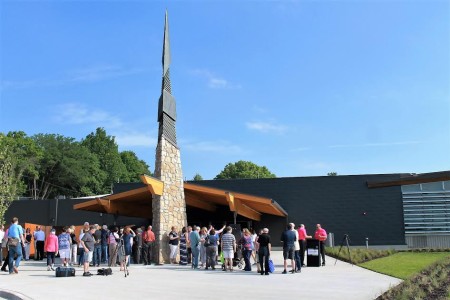 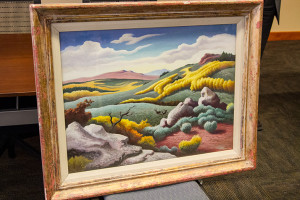