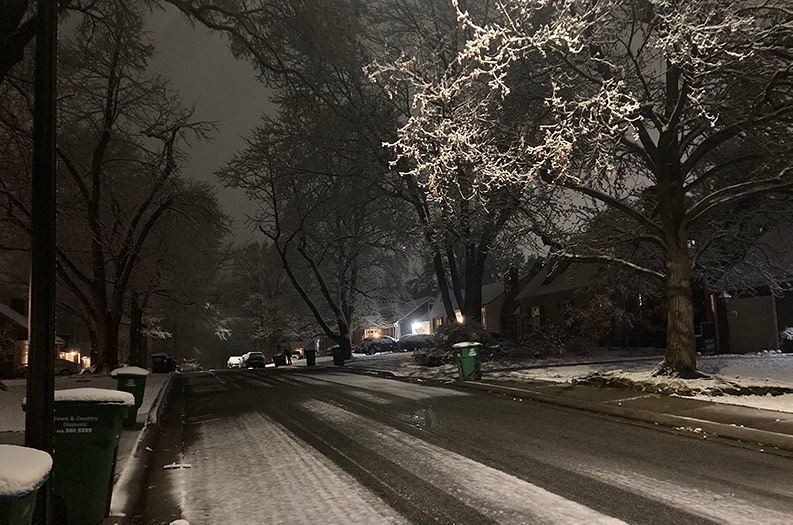 ☁️ Today’s forecast: Snow should taper off this morning, cloudy after that. High: 33, Low: 18

An overnight winter storm is complicating Wednesday’s start for many Johnson Countians.

Most local schools, including the Shawnee Mission and De Soto districts, have canceled classes Wednesday due to the inclement weather.

A full list of closures can be found here.

Local authorities are also cautioning commuters to take it slow this morning, urging drivers to make sure they’re fully gassed up and their cell phones fully charged before heading out.

Be aware of road conditions tonight and into Wednesday. The forecast is calling for rain turning to snow overnight. Remember that the most common cause of crashes during inclement weather is driving too fast for road conditions and following other vehicles too closely. pic.twitter.com/WoJLwOv2fz

It’s Radon Awareness Week and the Johnson County Department of Health and Environment has some tips.

Test your home during #RadonAwarenessWeek to find out if you should install a radon reduction system to protect your household from lung cancer. The @EPA recommends installing a system for levels higher than 4pCi/L. Find a Kansas #radon professional: https://t.co/ovluV6KMaL pic.twitter.com/IK7cLXhZ7G

A long-anticipated statue of Wild Bill Hickok by artist Maretta Kennedy was moved into place near Shawnee Mission Parkway and Nieman Road on Tuesday.

Aaaaaand he’s in! Our talented artist is polishing him up while epoxy is finishing! pic.twitter.com/FhMYTFl0sK