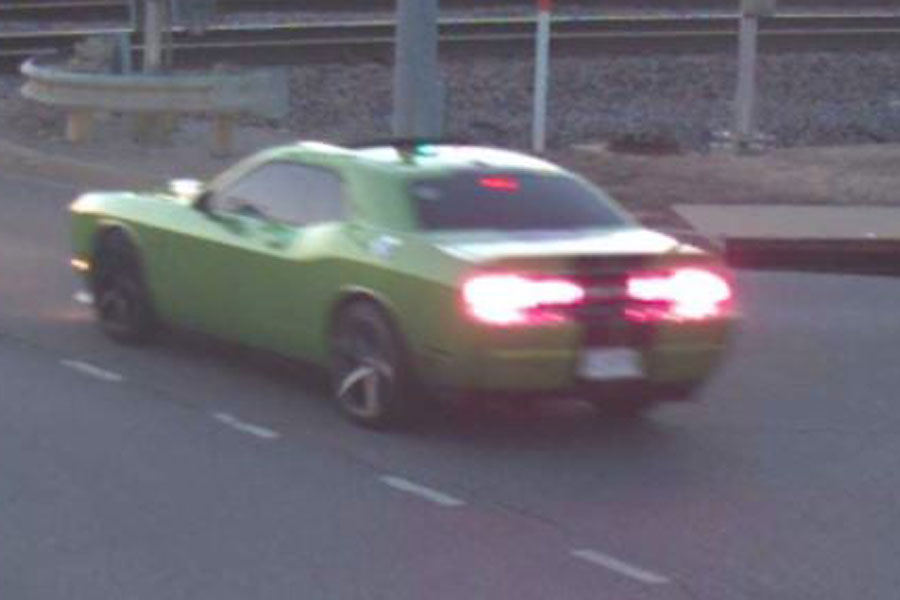 A security camera image of a green Dodge Challenger linked to a shooting in April 2020. Image courtesy Merriam Police.

🚨 One thing to know today

A Kansas City, Mo., man has been charged in connection to a shooting last year on Shawnee Mission Parkway that left three people injured.

The shooting occurred after 10 p.m. on Saturday, April 2.

Security cameras caught a green Dodge Challenger pursuing another vehicle down Shawnee Mission Parkway as both vehicles drove away from Sky Zone Trampoline Park in Shawnee.

According to the Kansas City Star, the victims told investigators the Dodge Challenger pursued their vehicle through a gas station parking lot and multiple red lights before they hard several gun shots being fired.

Multiple occupants in the victims’ vehicle were hit.

Merriam Police later released a still of the Dodge Challenger, which police later determined to belong to Taylor.

Taylor posted $25,000 bond and is now on house arrest, according to Johnson County court records online.

His next court appearance is set for March 8.

The new Traffic Garden at R Park aims to teach children about road safety in a safe environment! The current playground is under construction (open spring 2023), the Traffic Garden is ready for use. Check out this fun video for a look at @mprpks learning a very important lesson! pic.twitter.com/AdV8qICajA

The city of Shawnee is putting out an early call for summer lifeguards.

Feeling those January blues? If swapping out your scarves for sunscreen and beanies for baseball caps has you feeling some type of way, head to https://t.co/73MFlTPGEL and submit your application for our seasonal aquatics positions today! 😎🌞🌊 pic.twitter.com/oNpFXpz2xM