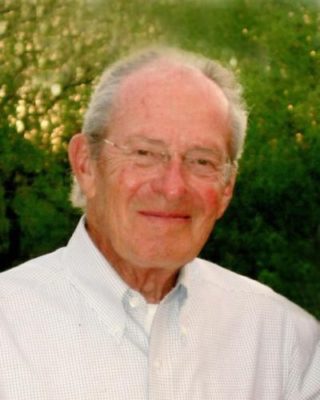 Frank was born in Kansas City, Missouri on April 16, 1930 to Harry S. and Frances C. Young. He attended Bryant Elementary School, Southwest High School and Kansas City Junior College. He was preceded in death by his parents and sister, Kathryn Keith.

Frank actively supported many civic endeavors including Children’s Mercy Hospital, City Union Mission, Metropolitan Lutheran Ministry and The Children’s Place. He particularly enjoyed his volunteer work with United Way and the Midwest Bioethics Center. He served on the Board of Gordon Parks Elementary School and The First Tee of Greater Kansas City.

He was an avid golfer, former member of the Ventana Canyon Golf and Racquet Club in Tucson, Arizona and member of Mission Hills Country Club and The Vanguard Club.

He is survived by his wife of 73 years, Virginia Teaney Young; three children, Cliff (Kathy) and their sons, Bryan (Melissa), Geoff and Dan; Connie and her sons, Brad (Emily), Andrew (Ann) and Josh (Liz); Curt (Jill) and their children, Kaedi, Hank and Annie; and four great-grandchildren, Ainsley, Max, Paige and Bryn.

Though his interests and hobbies were plentiful, Frank’s greatest joy was spending time with his grandchildren and great-grandchildren.

He will be missed.