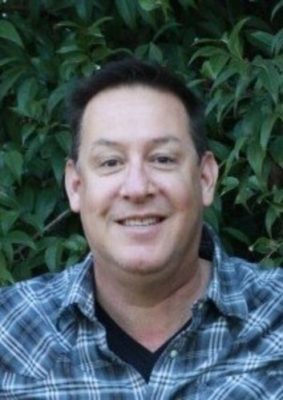 Thomas Hugh Alfaro, age 59, of Mission, Kansas, passed away surrounded by his loving wife and dear friends on January 5, 2023 after a courageous battle with cancer.

Tom was born on August 20, 1963 in Fresno, California to Hugh and Barbara Alfaro. His mother later married beloved step-father, Ben Horner in 1975.

Prior to being recruited by Kansas State University, Tom attended and played collegiate basketball at Santa Barbara City College and Fresno City College. In 1983, Tom arrived in Manhattan, Kansas and joined the Wildcats as the “pure shooter” coach Jack Hartman had been looking for. Tom was awarded All Big 8 for two years consecutively and went on to play professional basketball for the Zacatecas Mineros in Mexico.

Tom treasured his K-State teammates and experiences in Manhattan. One of his favorite memories was crossing paths with Michael Jordan when the 1983 Pan American team trained in Manhattan. Tom prided himself on “schooling” MJ on how junior college worked.

Tom was a character and a story-teller. He loved life, loved to laugh and loved people. He could take the elephant out of a room in seconds. He was full of positive energy and kindness. Tom was well known for his ability to talk to anyone, tell jokes, and invent fake medical terms. He loved music and would often break out in song or rap with Uber drivers. He loved making people laugh. Tom was crazy; the good kind of crazy. He was larger than life, and hilarious and full of love.

Tom was preceded in death by his parents and his older brother, Jon. He will be deeply missed by his devoted wife, Lisa; stepsons, Tyler Grigg and Tanner Grigg, all of Mission, Kansas. He is also survived by his step-father, Ben Horner; step-mother, Susan Alfaro; brothers, Mike, Joe (Livia), and Josh (Megan); sister-in-law, Connie, all of Fresno, California and step-sister, Carolyn Capps (Dan) of Auberry, California. He is also survived by nieces, nephews and a circle of dear, dear friends.

Services will be held Saturday, February 4, 2023, at 11am at the United Church of the Resurrection, Wesley Covenant Chapel, 13720 Roe Avenue, Leawood, Kansas 66224. In lieu of flowers, the family asks that memorial contributions be made to the KU Cancer Center, via KU Endowment, 3901 Rainbow Boulevard, Mail Stop 3012, Kansas City, KS 66160, to benefit Dr. Jun Zhang’s cancer research. Online contributions may be made at www.kuendowment.org/give. Please indicate that donations are for the Tom Alfaro memorial.