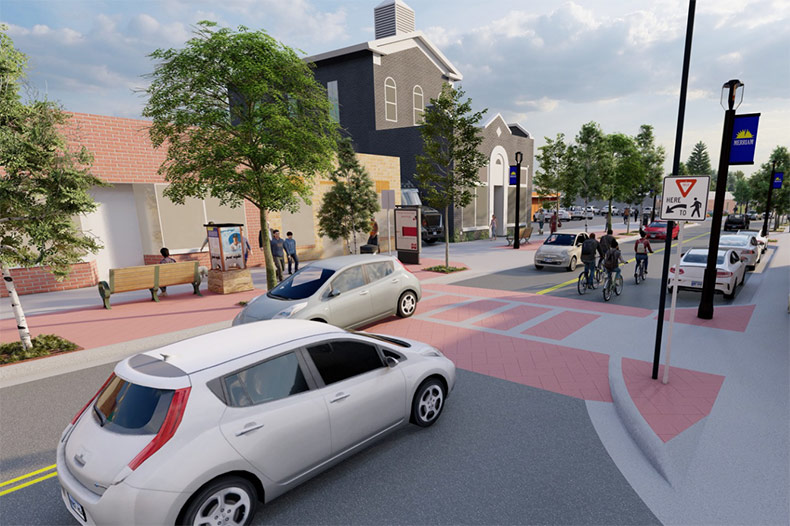 A downtown Merriam makeover is changing slightly following push back from business owners who wanted to keep a center turn lane on the corridor. mage via city documents

Merriam is tweaking a plan to remake the city’s downtown corridor after some business owners objected to aspects of an initial plan unveiled earlier this month.

At a special meeting Thursday, the city council authorized slight adjustments to a conceptual makeover of Merriam Drive between 55th Street and Johnson Drive —  a project focused on safety, bikeability and walkability that has been years in the making.

That came after several downtown business owners expressed concerns with a proposal to cut Merrriam Drive down from three lanes to two.

Others expressed support for plan

Council lands on a compromise

Draft redesign could be reviewed next week