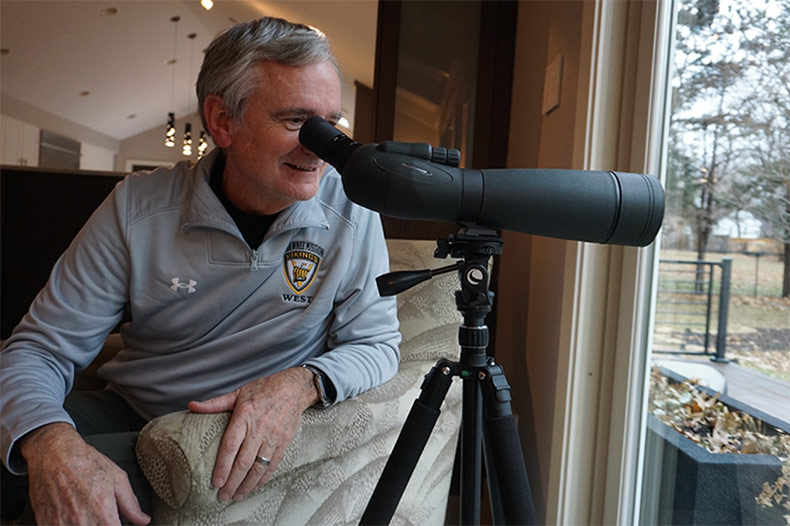 Steven Case first spotted the Scott's Oriole, a species native to the American Southwest, in his backyard in December. Photo credit Nikki Lansford.

Bird watchers are flocking to an Overland Park neighborhood to see if they can get a rare sighting of a Scott’s Oriole, a bird that normally makes its home more than 1,000 miles away.

Native to the American Southwest, this is only the third report ever of a Scott’s Oriole in Kansas, and the furthest east it has ever been reported, according to Steven Case, the Overland Park resident  and longtime bird watcher who first reported sighting the bird last month in his backyard.

The bird is still coming to Case’s backyard bird feeder

The bird is more than 1,000 miles from its typical home

Other birders are now coming to see it

Go Deeper: Want to get into bird watching? You can participate in the upcoming Great Backyard Bird Count this February.