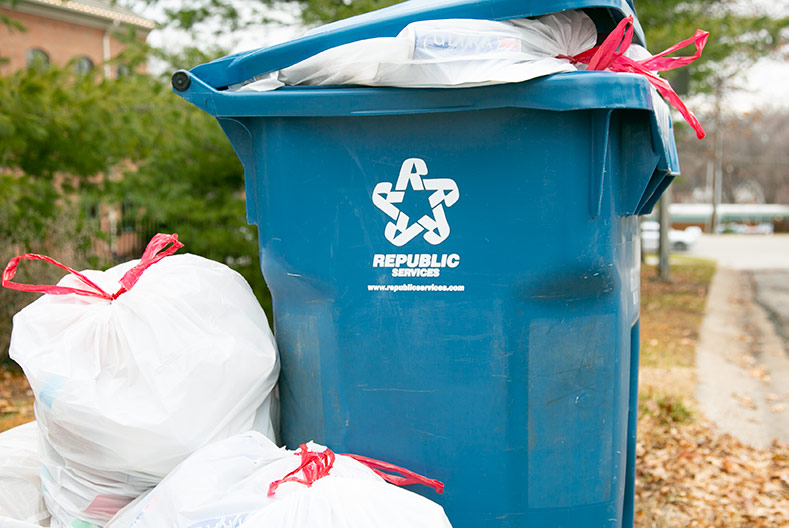 Trash piled up recently outside of a Prairie Village home. File photo

Waste hauler Republic Services says the issues that have caused frustrating delays for some residents’ trash pickups in recent months are improving.

An official with the Arizona-based company — which is the main waste collector licensed in Prairie Village servicing a majority of residents — told the city council Tuesday night that the Johnson County suburb is its “number one priority.”

This comes after months of service delays in Prairie Village, at times resulting in trash piling up for weeks in some neighborhoods.

Go deeper: Read up on Republic Services’ delays across Johnson County — not just in Prairie Village.