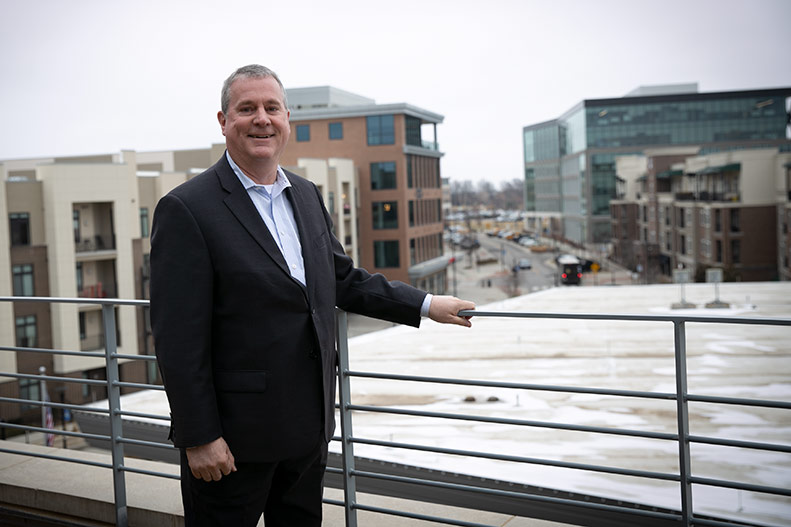 Mike Boehm, Lenexa’s longest-serving mayor, says he will not run for a sixth term later this year.

During his 20 years leading the city, Boehm oversaw rapid growth and change in Lenexa, particularly the establishment of a new and centralized “downtown” area at Lenexa City Center near I-435 and West 87th Street Parkway.

In a recent interview with the Post, Boehm said the city’s development over the past two decades hinged less upon his leadership and more on community support, excellent city staff and a forward-thinking vision.

“I think mission accomplished on the things that were the impetus to keep me around for one more term,” Boehm said. “We’re a family, and this organization treats each other that way. We’re in great hands.”

Boehm will finish his final term in December

Boehm said citizen support as well as stable leadership over the past three decades — dating back to before he was mayor — has allowed Lenexa to, among other things:

During his time as mayor, Boehm said he tried to set expectations for how the city council, staff and community should conduct business — with mutual respect and open dialogue.

“Thank you for trusting us to be good stewards of [your] dollars and invest where we need to,” Boehm said. “Citizen input has been important, and we’ve tried to value that and listen. There have been many topics… over the years where process, patience, learning, understanding, sharing, got (us) to a great place and outcome.”