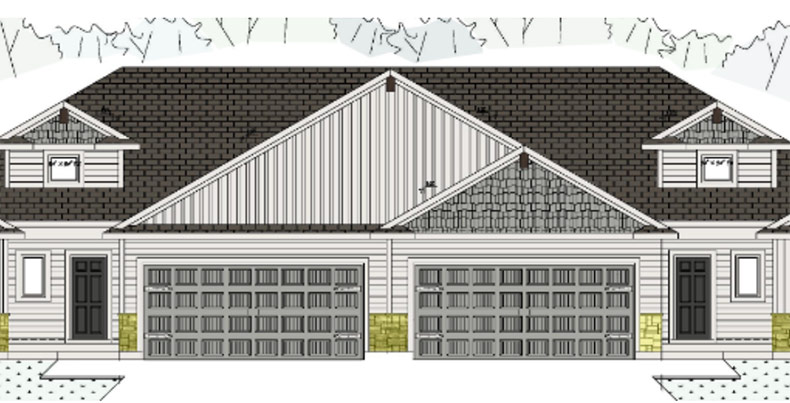 A conceptual rendering of the front of a duplex at the proposed Luxe Villas at the Greens project near the Shawnee Golf and Country Club. Image via Shawnee city documents.

A few questions lingered over architectural features and traffic flow, but the Shawnee City Council is moving ahead with rezoning of the Luxe Villas at the Greens senior living development adjacent to the Shawnee Golf and Country Club course.

This is the latest version of a decades-old idea

Building would occur on two holes at the golf club

Development aimed at over-55 residents