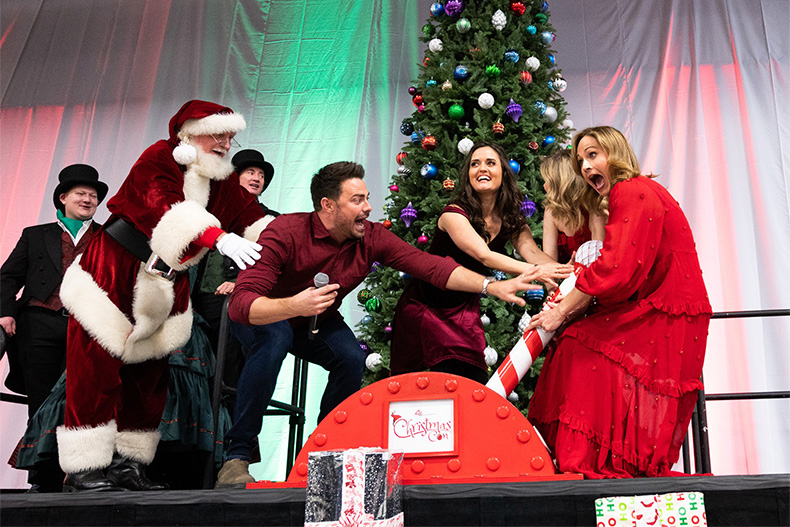 Tickets go on sale Friday for the popular holiday-themed Christmas Con. The convention is coming to the Midwest for the first time from June 9 to 11 at the Overland Park Convention Center. Photo via That's 4 Entertainment's Facebook page.

From June 9 to 11, Christmas fans will be able to stroll the convention’s holiday market, take photos with Santa and meet celebrities from their favorite made-for-TV holiday rom-coms at the Overland Park Convention Center.

The greater Kansas City metro is a fitting destination for the event, being home to Hallmark, whose TV channel is one of the biggest producers of Christmas movies.

Go deeper: Read more about Christmas Con here → The snow is fake but the smiles are real: Welcome to Christmas Con