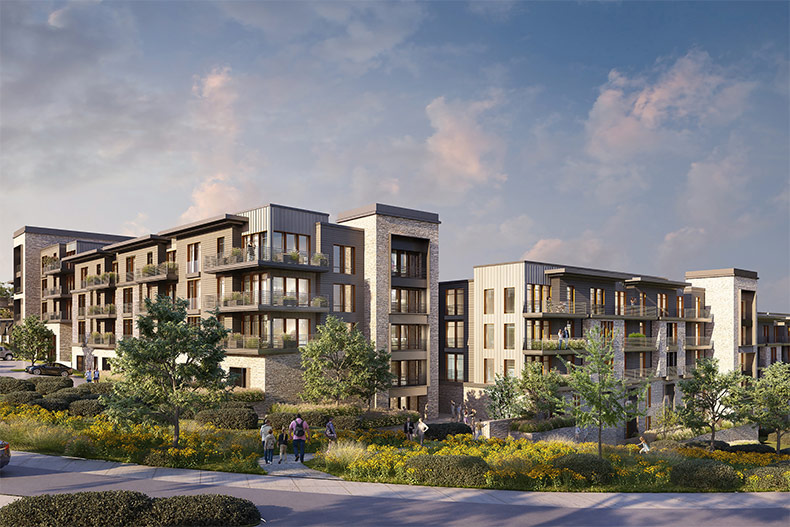 A 280-unit apartment complex is the centerpiece of a development plan for The Rocks site on Roe Boulevard. Image courtesy DLR Group.

Developer wants to break ground in 2023

The plan includes apartments and a restaurant

The Rocks site has been discussed for years

Go deeper: Plan for ‘The Rocks’ in Roeland Park calls for apartments, two-story restaurant and plaza