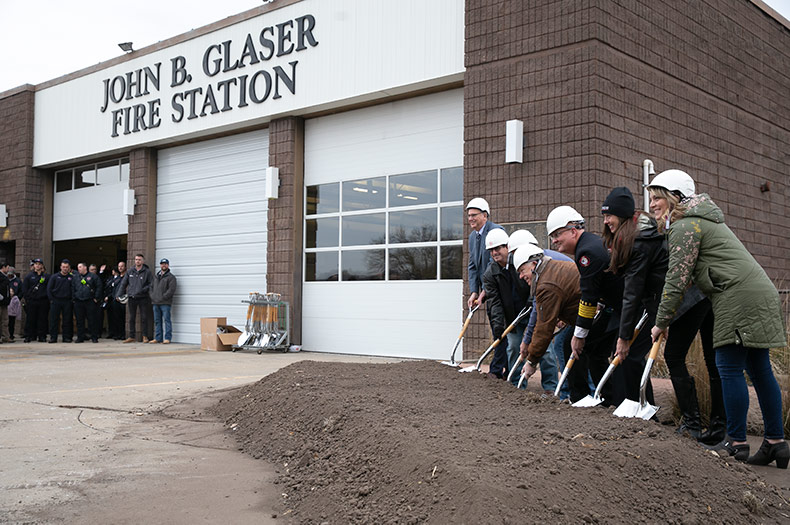 The latest: Shawnee officials held a groundbreaking ceremony Wednesday at the John B. Glaser Fire Station Headquarters at 6501 Quivira Road, having recently awarded the construction contract on the $26 million project to Turner Construction, of Kansas City.

Around 50 people, including Shawnee city councilmembers, state lawmaker and current and retired firefighters, turned out for the brief ceremonial shoveling.

What they said: “We are all on the same page with these upgrades and are looking forward to providing our men and women with the facilities and safety measures they deserve,” said Fire Chief Rick Potter. “It is our job to make sure we’re doing all we can so they can do their job to keep you safe in times of need.”

The stations’ history: Design plans have been in the works for the past year, and the council awarded the contract last week.

Project details: Both stations will have aging mechanical, electrical and plumbing systems updated.

What else: The fire headquarters building will be reoriented with a new entrance for the administration staff, and new ambulance bays will be added that will help separate pedestrian traffic from emergency traffic.

What’s next? Construction is expected to be complete in late spring or early summer of 2024.