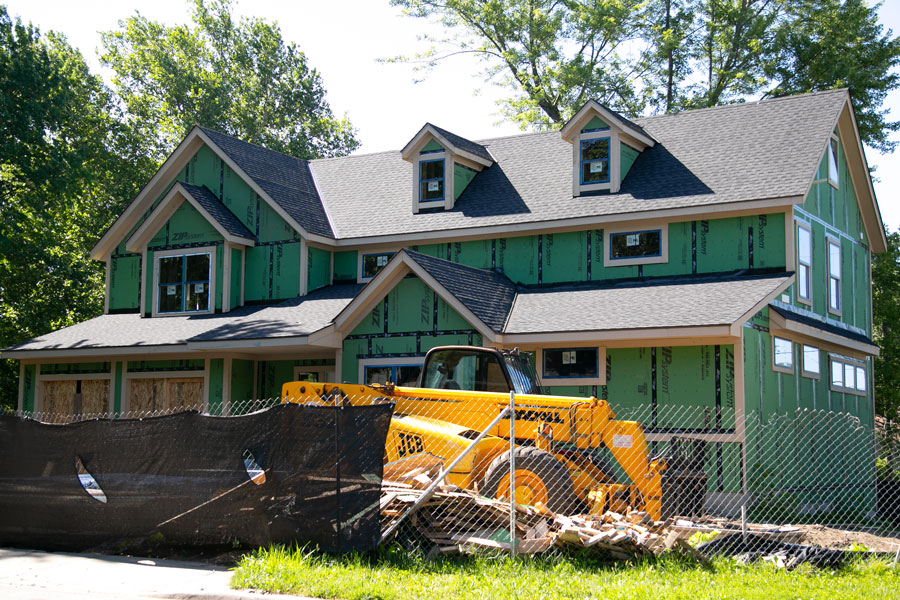 Zillow says no city's listings had more page views this year than Prairie Village. Above, a new home being built earlier this year. File photo.

Prairie Village has earned the distinction as Zillow’s “Most Popular City” of 2022.

What that means: The Johnson County suburb earned the real estate website’s top spot, based on per-day pageviews of for-sale listings.

What Zillow says: Prairie Village being No. 1 on the list represents a “rising interest in the Midwest” — a drastic shift from the west coast-heavy list from 2021, according to Zillow’s analysis.

Something else: Zillow also noted that Prairie Village’s average home value — upwards of $400,000 — is significantly higher than the Kansas City metro average of around $294,000.

Key quote: “The best place to live in the country is apparently no longer also one of its best-kept secrets,” Mayor Eric Mikkelson told the Post via text. “This new No. 1 national search-popularity rank is a fun affirmation of what those of us who live, work, learn and shop here every day know and appreciate about our special Village.”

Bigger picture: Zillow’s ranking comes as Prairie Village is in the middle of a heated public discussion over controversial housing recommendations.