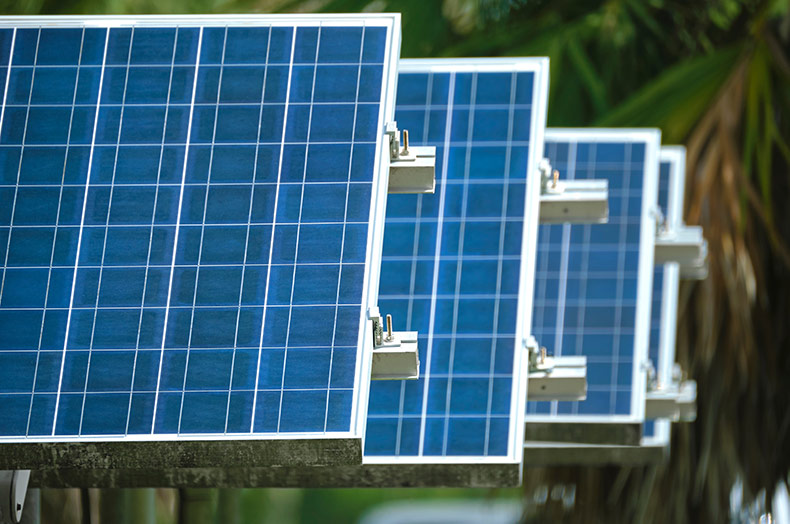 WaterOne wants to build an array of more than 300 solar panels to help power its Lamar Pumping Station. Photo credit Bilanol, via Shutterstock. Used under a Creative Commons license.

WaterOne wants to build an array of more than 300 solar panels to help power one of its pumping stations in Overland Park.

Catch up quick: The Overland Park Planning Commission this month unanimously approved a final development plan for a new solar array at the Lamar Pumping Station near 91st Street and Lamar Avenue.

Details: The plan calls for Evergy Energy Solutions to design, build and operate the 100-kilowatt solar array that will be used to supply energy to the facility owned by WaterOne.

Opposition: One neighboring resident spoke in opposition to the plan at the commission’s meeting on Dec. 12.

What’s next for the proposed solar project?

In order to be constructed, the final development plan for the solar array must first be voted upon by the Overland Park City Council.