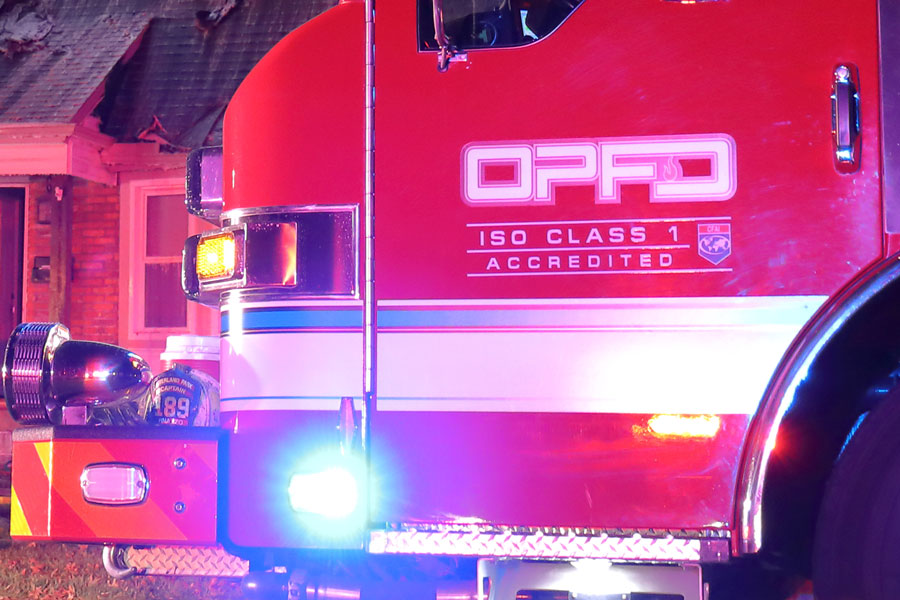 Firefighters from Overland Park and Lenexa were called to the duplex at 9520 West 77th Terrace at 3:01 p.m. by a neighbor who reported seeing the flames.

“Crews arrived on scene to find a working fire in the residence with reports of one person trapped,” Overland Park Fire spokesperson Shayna Hurst said in a news release.

Hurst says arriving crews had to knock down fire on the outside of the duplex before they could enter to search for anyone inside.

A second alarm was called, bringing in additional firefighters from the Shawnee and Lenexa fire departments.

It took firefighters about 40 minutes to bring the fire under control.

Hurst says the fire damaged both sides of the duplex.

The cause of the fire remains under investigation.

“Police department and fire crews will remain on scene for an extended period of time for investigation,” said the release.

No identifying information about the deceased person has been released at this time.