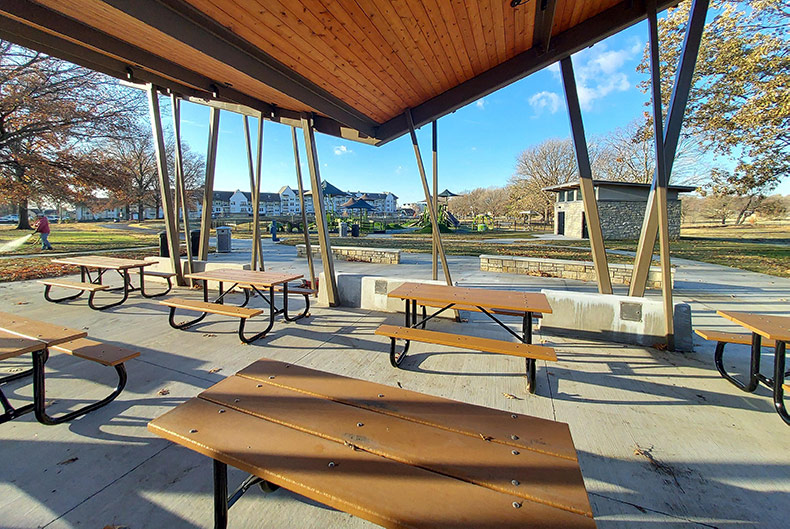 Meadowbrook Park, 9101 Nall Avenue, now features a new inclusive playground, restroom and shelter — all of which are part of the completed phase 2. Photo courtesy Jim Wilson.

The upshot: Phase two of Meadowbrook Park, which started in November 2021, is now complete.

Key quote: “The project adds a third type of playground to Meadowbrook Park,” Wilson said in a press release. “The park now has an adventure playground, a sensory playground and an inclusive playground.”

Wilson said there are remaining items to complete in future phases, including the following: