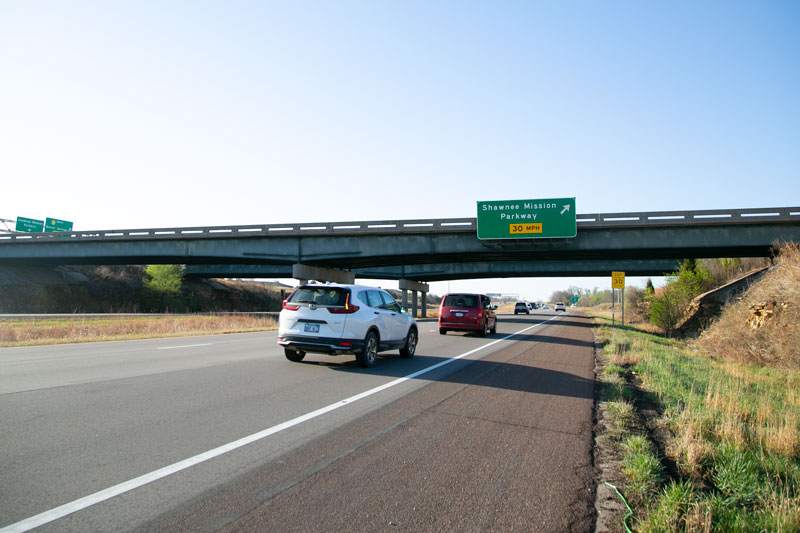 More development along K-7 in Shawnee has led to a growth in traffic in the corridor. File photo.

Although public interest is high, it may still be a while before big improvements are made on the intersections crossing Kansas Highway 7 in western Shawnee, city councilmembers were told Monday.

The latest: During the council committee meeting, Deputy Public Works Director Kevin Manning said the state highway department has some long-range plans for improvements to interchanges at 75th Street and 71st Street, but they are as yet unfunded.

State of play: Shawnee has begun a corridor study of future development along K-7 and the major road improvements that it will necessitate.

What they’re saying: Apartments being built near K-7 have already caused a need for a better bridge with pedestrian access at 75th Street, said Councilmember Tony Gillette.

What could happen: A typical total cost for interchanges over state highways would be $25 million to $30 million, he said. The city could move the schedule forward by procuring some of the funds.

Traffic patterns: For now, the afternoon traffic is heavier along K-7 than the morning traffic, according to a study of traffic patterns, Manning said.

Some concerns: The 75th Street intersection has received a lot of attention from the council and public lately because of apartments going in there. But residents at the open house also expressed concern over Clare Road and Woodland Road, he said.

Next steps for K-7 in Shawnee

The next step is for city traffic engineers to look at where the development has started or is expected to start.