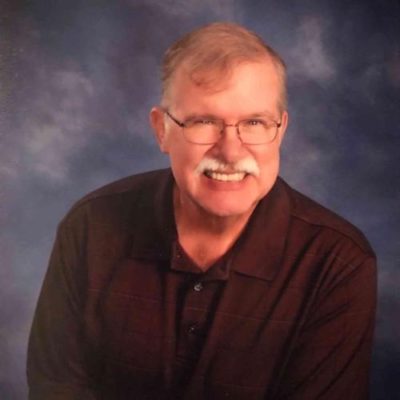 Patrick was born December 27, 1948, the son of Donald and Virginia (Gross) Minard in Butte, Montana. He attended Billings Central Catholic High School in Billings, Montana, and graduated in 1967.

A proud Marine, Pat enlisted in the Marine Corps in 1969 serving as a field radio operator. Like many former Marines, he continued to serve in the Army National Guard.

Pat married his high school sweetheart, Constance Allard, on June 9, 1970, in Billings, Montana. Pat and Connie were blessed with a son, John Paul, and two daughters, Tara and Kelly. John Paul departed this world as an infant in 1974. Connie passed away in 1997.

Shortly after graduating from the University of Montana, Pat began working for the Veterans Administration as a pharmacist. He worked for the VA at a variety of facilities throughout the northwest.

Later, Pat worked as the Director of Pharmacy for the Shawnee Mission Medical Center in Merriam, Kansas. It was there that Pat found love again and married Mary Holbrook, on October 3, 2003. They made their home in Shawnee, Kansas, before briefly residing in Oklahoma, when he took a position with Premier Pharmaceuticals.

In 2005, Pat and Mary moved back to Shawnee, Kansas when Pat returned to the VA to assume the duties as the Director of the Veterans Affairs Consolidated Mail Outpatient Pharmacy in Leavenworth, Kansas. Pat was always proud of his service to our nation’s veterans and the contribution he and the CMOP team made to helping so many thousands of veterans. He retired from the Department of Veterans Affairs in 2018 after 30 years of dedicated service.

Patrick is preceded in death by his son, John Paul Minard; his wife, Constance Minard; his parents, Donald and Virginia Minard; and his brother, Michael Minard.

The family requests that contributions in Pat’s memory be made to the Kansas City Hospice Foundation, the Alzheimer’s Foundation, or a caregivers support group of your choice.

Your Support Makes a Difference