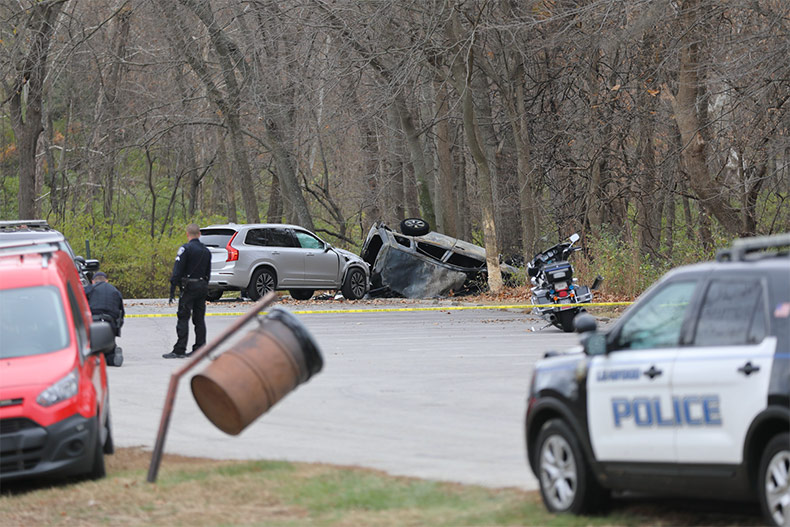 An SUV crashed near the Tomahawk Creek trailhead on Monday, Nov. 14, and caught fire. Above, the burned-out wreckage of the vehicle after the fire was put out. File photo credit Mike Frizzell.

The parents of Caroline Kill, a Leawood woman who suffered severe burns last month after the vehicle she was driving crashed and caught fire, issued a tearful thanks to the first responders who pulled her from the burning wreckage.

Driving the news: At Monday’s meeting, the Leawood City Council presented certificates of appreciation to the emergency responders who helped rescue Kill, including five police officers, a fire captain and animal control officer.

What happened: First responders arrived at the Tomahawk Creek trailhead parking lot on the afternoon of Monday, Nov. 14, to find Kill’s crashed SUV on fire.

What else: Kill’s parents, Martha and Allan Elton, thanked the Leawood officers for their bravery.

In their own words: “It shows what a great community we have here in Leawood,” Allan Elton said. “We can’t thank your officers — your brave officers — enough. I hope that this goes down somewhere where there’s a record of these men and what they did.”