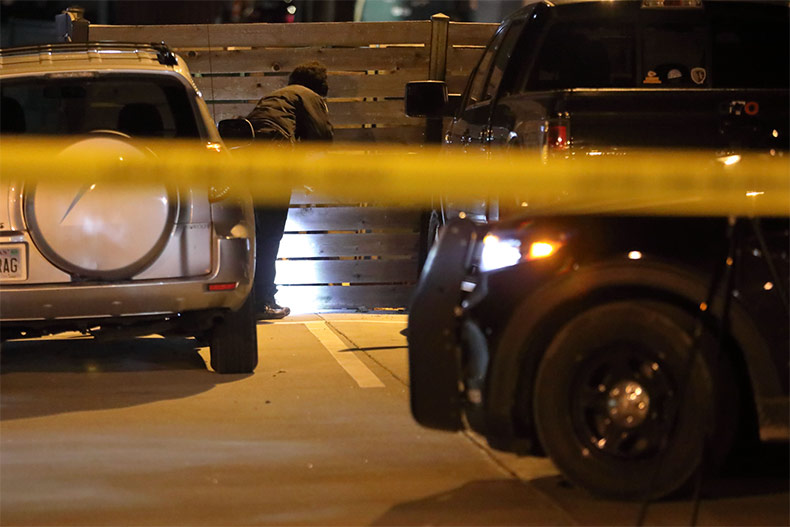 An investigator searches the area around where a man's body was found in downtown Shawnee Wednesday night. File photo credit Mike Frizzell.

Catch up quick: All five teens are now charged with first-degree murder in the killing of Jarod Rogers, 25, who was found Wednesday evening in the parking lot behind a strip of businesses near Johnson Drive and Nieman Road.

Court records say Reyes-Lara messaged the “juvenile co-conspirators to set up a robbery” in what prosecutors allege was part of an arranged drug sale.

One other thing: Shawnee Police confirm Rogers’ killing is the third homicide recorded in the city in 2022, after Shawnee saw zero homicides in both 2020 and 2021.