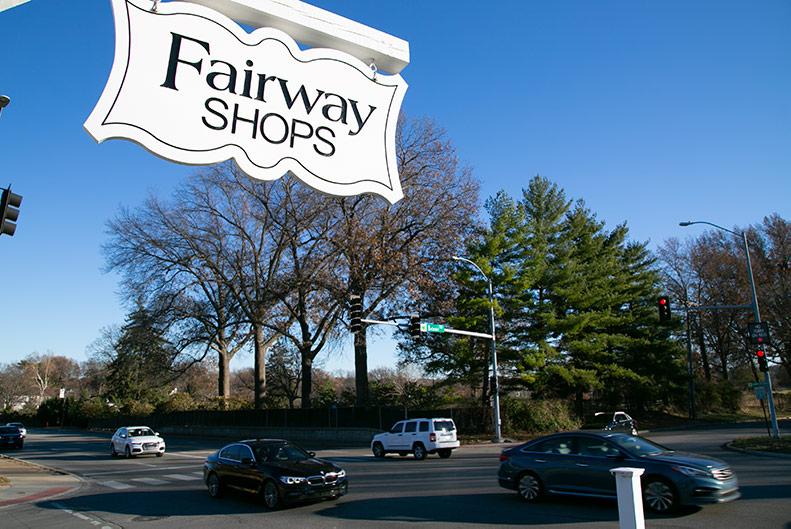 Fairway Police say Shawnee Mission Parkway near the Fairway Shops, above, has seen fewer accidents than the intersection with Mission Road to the west. Photo credit Juliana Garcia.

Fairway Police say despite consistent congestion and a recent collision near a prominent spot, the highly trafficked area of Shawnee Mission Parkway near the Fairway Shops isn’t that accident prone, at least compared to other major intersections along the route.

Catch up quick: The most recent wreck in that area occurred on Friday, Nov. 18, just west of the Fairway Shops near where Shawnee Mission Parkway intersects with Fairway Road.

Zooming out: Bayless says that the area near the Shops is a highly congested stretch of Shawnee Mission Parkway, especially during rush hour with traffic going to and from the Country Club Plaza.

State of play: So far in 2022, there have been six total vehicle crashes reported in the area of the Fairway Shops, Bayless said.

Key quote: “We have regular patrol, we do traffic stops in that area,” Bayless said. “Beyond that there is no additional, based on the accident numbers that we see, we haven’t seen the need to do any kind of additional enforcement beyond our usual being on Shawnee Mission Parkway.