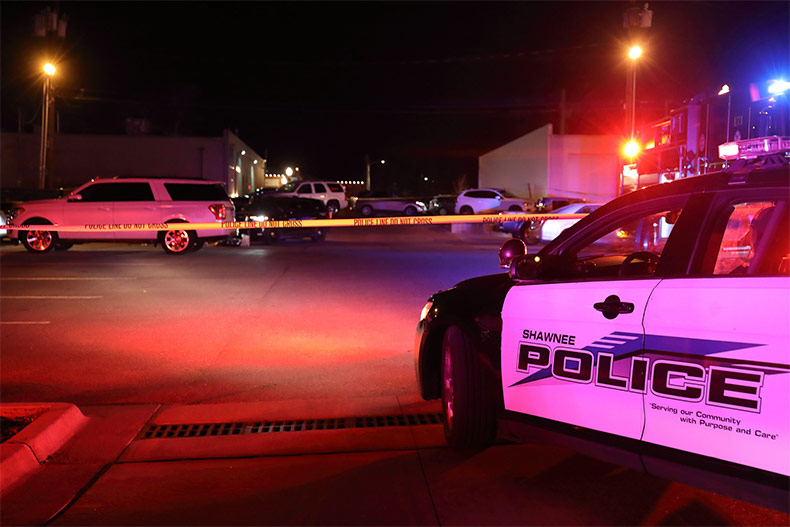 Police on the scene Wednesday night after a person was found with a gunshot wound to the head in a parking lot off Johnson Drive. File photo credit Mike Frizzell.

A man is in custody after leading law enforcement from several local agencies on a high-speed chase through Olathe Thursday afternoon.

Catch up quick: Shawnee Police Capt. William Sanderson confirmed in a news release Thursday that the pursuit ended with the arrest of one person wanted in connection to Wednesday evening’s shooting in downtown Shawnee, which left one person hospitalized in critical condition.

Where it went: The chase led law enforcement from at least four different agencies north on side streets to Old Kansas City Road, passing Olathe North High School, and then east on 127th Street.

Conclusion: One of the rear tires on the suspect vehicle was damaged, and a Sheriff’s deputy was able to perform a Tactical Vehicle Intervention, or TVI, bringing the Toyota Matrix to a stop near 117th Street and Black Bob Road.

What else: Several officers from Olathe and a K-9 unit from Shawnee assisted in the pursuit, along with several Kansas Highway Patrol troopers.

A final thought: Shawnee Police have not released any details about the suspect or said if they are looking for anyone else in connection to Wednesday night’s shooting.