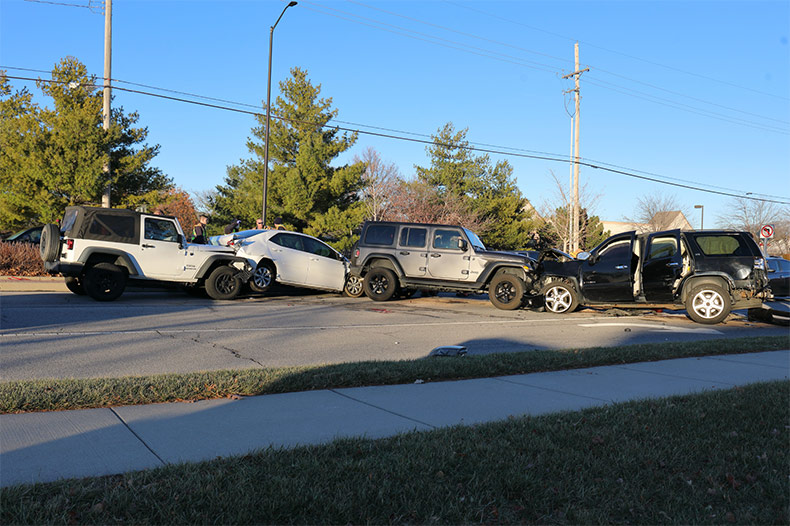 The chase ended with a multi-vehicle wreck in Lenexa near 87th Street Parkway and Lackman Road. The suspect vehicle is the black Chevy Tahoe on the right. Photo credit Mike Frizzell.

Catch up quick: The chase, which began with an attempted traffic stop in Olathe, wound its way through Overland Park and north on Interstate 35, before ending with a multi-vehicle wreck in Lenexa.

How it started: In a news release, Olathe Police spokesperson Sergeant Joel Yeldell says an officer attempted to stop a stolen SUV in the 14400 block of West 135th Street.

Into Overland Park: The fleeing suspect then rammed an Olathe Police vehicle and a civilian vehicle on 135th Street near Quivira in Overland Park.

Along I-35: Kansas Highway Patrol Troopers spotted the Tahoe as it entered northbound Interstate 35 from U.S. 69.

Then, to Lenexa: Lenexa Police picked up the chase on westbound 87th Street near Quivira Road.

On foot: The suspect driver then ran into a shopping center just south of 87th Street.