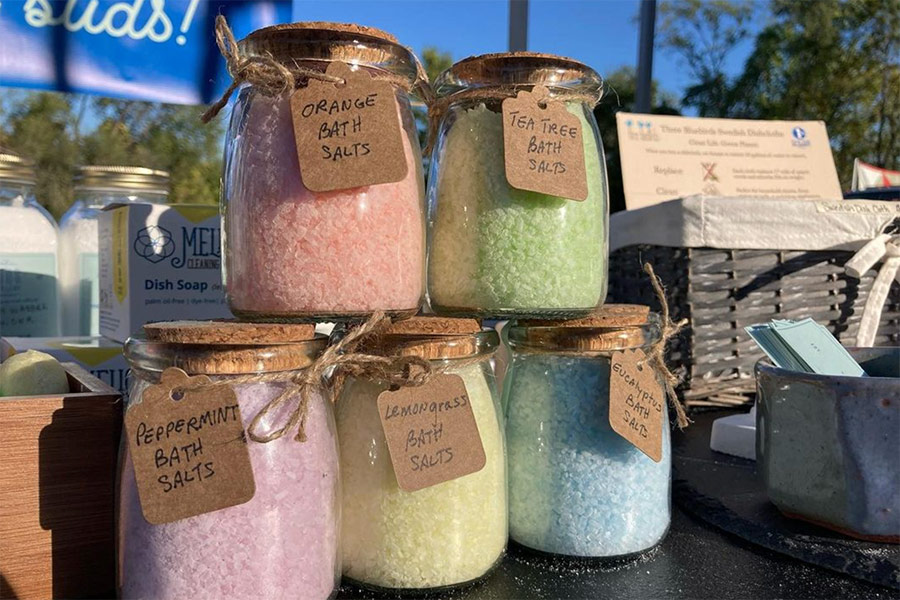 As a stay-at-home mom, Kerry Jones Steil of Shawnee was troubled by reports of extreme weather and temperatures caused by global warming.

“I just felt a little like, I wish I could do something, but I’m just one person in the Midwest,” she said.

So what did she do? Jones Steil lacked the following of celebrities and influencers, she said.

Catch up quick: That was last May.

Key quote: “Our whole reason for starting this store was to show people there is a different way to consume – a way to consume products with less waste,” Jones Steil said.

Backstory: The business started out of a blue van at various locations, she said.

State of play: In the meantime, Suds Refillery had some successes at events at McLain’s Market in downtown Shawnee.

A final thing about Suds Refillery

People can also swap buckets of compost there, or sign up for Food Cycle KC, an organization that collects food waste for composting.