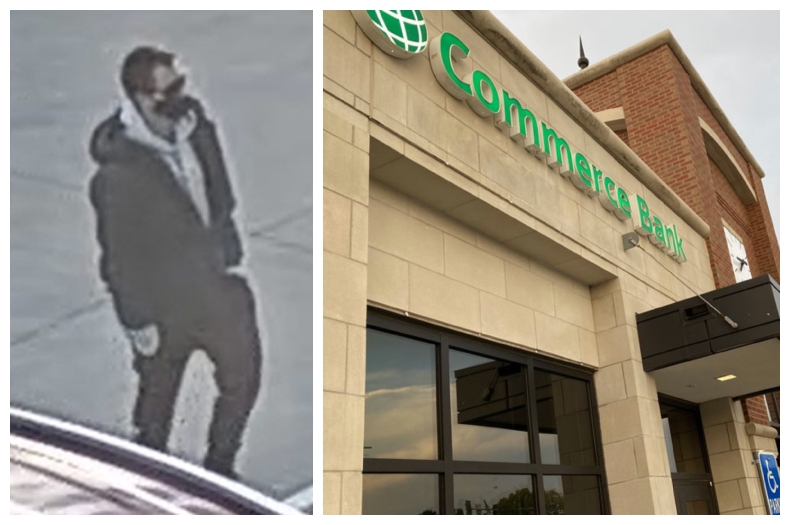 Roeland Park police say the incident occurred outside the Commerce Bank at Johnson Drive and Roe Avenue. Above, an image of the suspect, left, courtesy Roeland Park Police and a file photo of the bank branch.

Roeland Park Police are seeking the public’s help in finding a robbery suspect connected to an incident outside a bank Monday afternoon.

Catch up quick: Police say a man pushed down a 71-year-old woman as she exited the Commerce Bank branch at Johnson Drive and Roe Avenue and stole her purse, which included some personal items and cash.

The upshot: Morris said the victim is okay but was shaken up.

Suspect details: Morris said the suspect is a white male who was dressed in all black, possibly in his early 30s and tall.